Yesterday morning Lahaina town looked like the Mentawais with shoulder to head high glassy perfection until around 8.30am. One of the best sessions of the south shore season, but there's been so many already this year it's hard to believe it. Not only we had plenty swells, but also perfect light easterly trades that made the onshore flow on the other side pick up later than usual or not at all.

I haven't seen much red in the Windguru table for months and very little orange too. Blue and green are the colors you want to see in it, for the weather in Maui to be the best for every discipline everywhere, included the wind related ones (with the only exception are the downwinders), in my opinion at least. Looks like we got some orange coming up next weekend, but that's still far away. 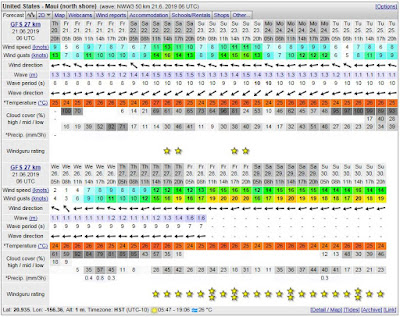 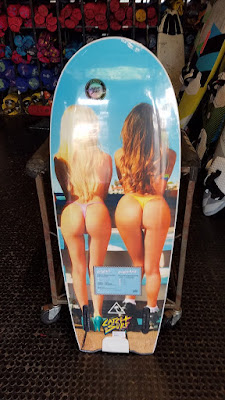 2ft 14s is my favorite numbers for Lahaina and it looks like it's gonna be another really fun day on that side. Check the webcam and decide. 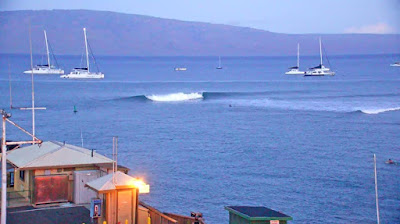 Pauwela is officially down, with that reading at Mokapu, Hookipa is going to be flat to tiny again, but there should be small NE bump during the weekend, which is when the south shore should be down to minimal levels.

South Pacific has a perfectly positioned but weak fetch (only 20-25knots inside). 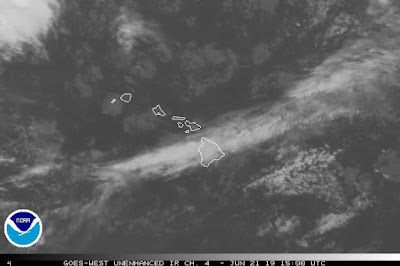