I finally found an album with photos of the kite contest. Didn't find anything particularly exciting, but it's because I don't find kitesurfing particularly photogenic (at least from the beach), as the kite is so far away from the rider. Here's a group one. 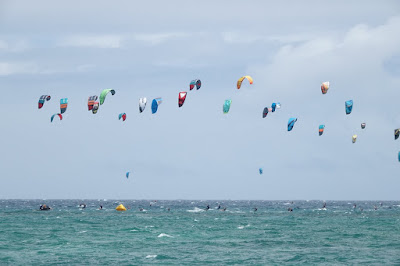 Much more exciting (imo, of course) is this Cloudbreak wave posted 9 hours ago with the caption "yesterday was unreal", so maybe that was our Monday. There's definitely waves headed our way, but they usually end up being much much smaller than that. I've seen double overhead Cloudbreak turn to knee to waist high to us, so don't get excited please.

The small numbers at the buoys reflect the lack of fetches we discussed yesterday commenting the collage of the maps of the end of May. Flat to knee high in most spots, even at the harbor. But, what a gorgeous morning! 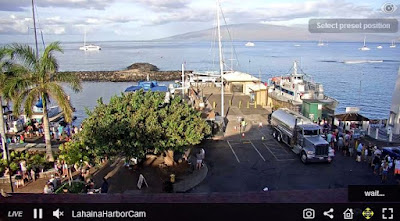 Pure and relatively small windswell at the buoy, Hookipa is going to be close to flat, better size could be found on the east facing shores. Overall, a great day to rest.

North Pacific has a fetch in that new low I've been pointing out since a few days, but it's a lot less impressive than it looked when I first saw it in the model. Plus it's going to move away from us, hence limiting the size of the waves it will generate. I might have to change that well overhead prediction I did. Let's wait and see how it looks tomorrow.

South Pacific continues to produce fetches in the Tasman Sea, if it was a great start of the season for us, it sure was for Fiji too. 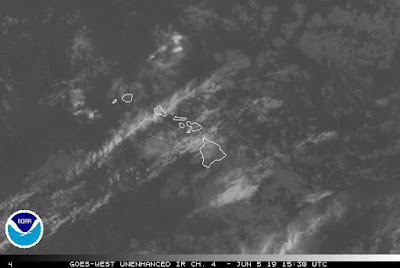