As promised, here's my answer to Kai Lenny's video I posted yesterday.
The birth of a new anti-hero: Kai Penny.

1.2ft @ 13s from 205° (SSW)
The buoy readings confirm what I stated yesterday: that 20s reading at Barbers wasn't the start of the big weekend swell. In fact it is already down to 16s and less than 2ft. Enough to generate shoulder high waves like the one in the photo below though, so check the webcam and decide if it's worth it. 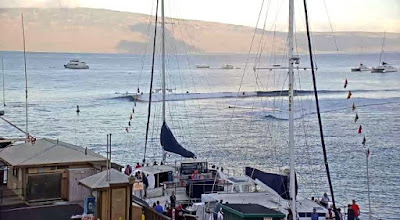 Below is the collage of the maps of June 5 to 9. There's multiple fetches in each of them, which makes the prediction very difficult. From what I can see, the best fetch for us happened on the 8th, which was a Saturday, so that should be the best day. But the wind in it was strong enough and the fetch itself long enough to probably generate some very long period waves, which travel faster, so Friday should be already pumping.

That is confirmed by the graph of the Samoa buoy below. As calculated in the post Buoys to Maui travel times and Maui's shadow lines, the travel time for 20s from there to here is only about 3 days, so the remaining energy of those 4ft 20s that happened on Tuesday should be here tomorrow. My least favorite kind of swell: big, hyped and during a weekend. Plus, most spots that work with medium period and sizes (Ukumehame for example) will be closing out most of the times. 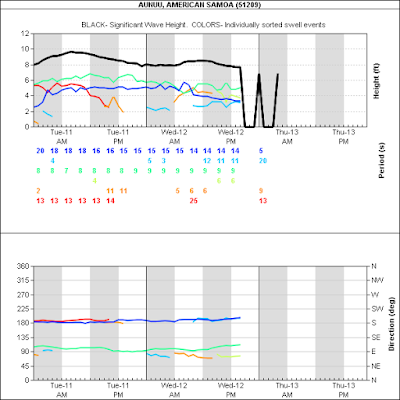 North Pacific has the same two small NW fetches it had yesterday.

Nothing of relevance from the south. The blue fetches automatically generated on the great circle rays map on the right are not going to do much for us, as 20-25 knots are not enough to create waves that are big enough to travel all the way up here. 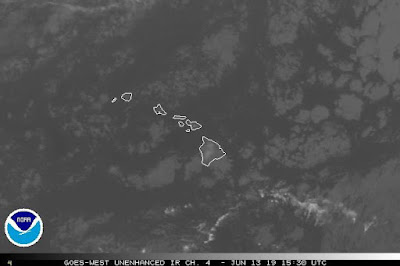 Mahalo from The Netherlands,