Jimmie Hepp took this photo of some of the OC-1 and OC-2 downwind racing yesterday. 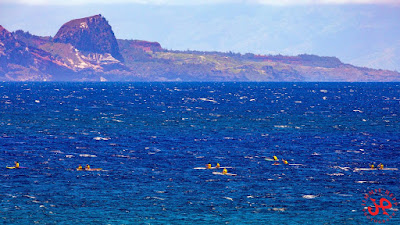 Kody Kerbox and Annie Reickert won in the Elite SUP category. Here's a page set on the results of the SUP foiling division, won by Ryan Funk in slightly more than 33 minutes (!) with only 2 seconds on Finn Spencer. If a small group of foilers can relegate Dave Kalama to the eight place, it means that this field has become fully competitive. I can wait to see how Kai Lenny does next time he does a race together with them. 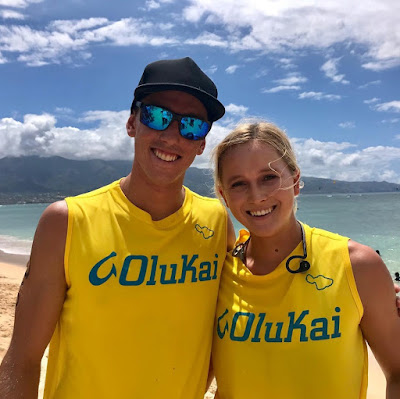 Talking about foiling, this guy wasn't particularly interested in a race. 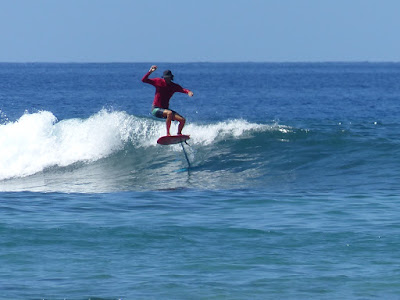 SSW swell down to 13s, but still showing a couple of feet at the buoys. The webcam looks smaller than yesterday, but there's still fun sets like this. Check it yourself before going. 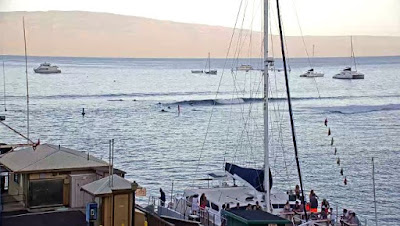 This small NW swell was one of my biggest mistakes. I think I called it well overhead when I first saw the fetch in the model. I should remember to base my calls only on fetches that are actually happening, not modeled ones. With those numbers, Hookipa will be tiny.

North Pacific doesn't want to go to sleep and provides us with another interesting new low. This one looks a little stronger than the previous one, but it's further away.

South Pacific has small scattered fetches. The big stuff has passed, but the swell it generated should be solid. Surfline only calls for 3.2ft 14s on Sunday, but there should be waves starting Friday. 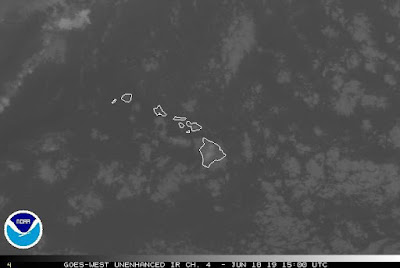