I got yet another little injury (ankle sprain) yesterday while windfoiling Hookipa. My foot got stuck between the sail mast and the board when falling on a wave. Nothing I could do at that point, but I should have bailed earlier, which confirms the foiling golden rule: if it's going wrong, don't try to save it, but bail as soon as possible. Jimmie got some shots in this gallery. 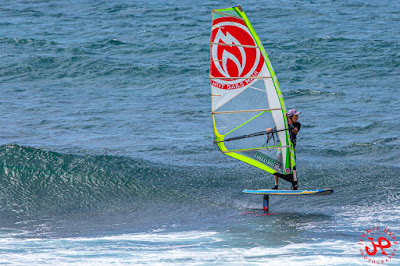 In that gallery you'll also find plenty photos of Robby Naish and Miki Schweiger foiling on the waves with the wing thing. I'll get a wing at one point mostly for the downwinders (the transitions like tacks and jibes look fun too). I haven't tried one on the waves yet, but I thought it wasn't going to be much better than the windfoiling I'm doing. But now I see the footstraps on Robby's board and I am a bit jelous. Can't use footstraps on mine and don't really feel the need. But I love them on my SUP foiling board which looks a lot like Robby's board. Well, seen the self harm I can do even without straps, maybe it's a blessing. 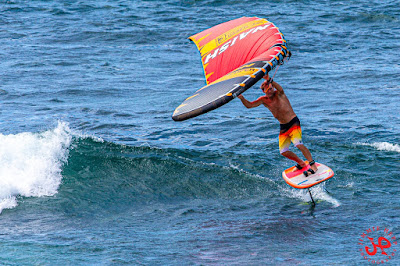 The predicted small long period swell is at the buoys. Below are the maps of June 17 and 18 that show the fetch that generated it. 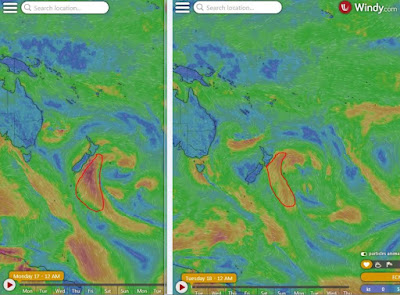 These are the kind of sets that are showing at the harbor, but it's going to be a relatively small day for the south facing shore. That is going to be the case for the whole week, while the next two weeks should see much more size. Check the webcam yourself and decide.

Hilo has been consistently one foot bigger than Mokapu, sign that this ENE swell is stronger south of us. Maui is probably somewhere in between, let's say 4.2ft 9s and Hookipa has waves that seem up shoulder high again.

North Pacific has nothing of relevance.

South Pacific has a fetch SE of New Zealand (red circle), but there's also a massive and intense fetch even more SE of it. The fetch maps on the right doesn't reach down there, so I don't really know if it's oriented along the great circle rays (that's why I circled it in yellow and put a question mark), but it sure looks like it might send something. Once again, next week the south shore should be pumping again. 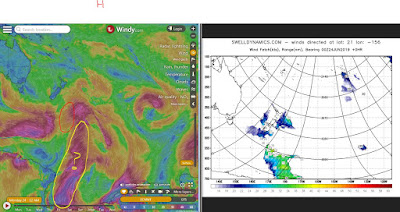 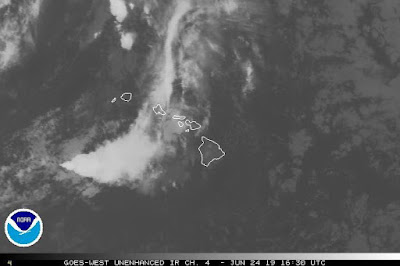