I went to Hookipa at sunset real quick and caught the usual Kane ripping in the leftover ENE waves (still up to shoulder high). 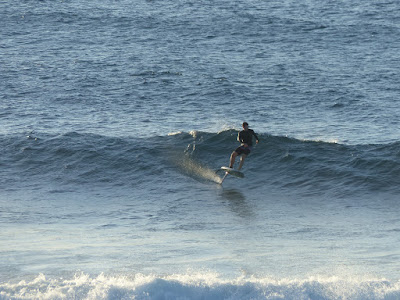 This is a video posted by Alex Aguera as he's SUP downwind foiling in the Gorge.

The two reported readings are quite incompatible with each other: there can't be only 18s at one buoy and only 14 at the other. We'll blame the Surfline algorithm for that. Fortunately with the webcam the local buoys are WAY less important than before. You just look at it and you know what's in the water. This is a good wave, much smaller in between. Check yourself and decide. 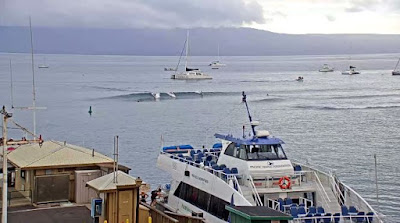 The remote windswell episode is winding down at Mokapu and it looks like it turned into some more easterly stuff at Hilo. Hookipa will be flat to tiny, with the very occasional set possibly still making its way to shore once in a while, but disappearing throughout the day. Don't forget there's a webcam for Hookipa too! It looks pretty flat at this moment and the rest of this week should look pretty similar. 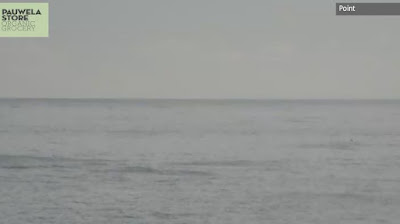 Nothing of relevance in the North Pacific.

South Pacific continues its flurry of strong fetches, unfortunately oriented towards the Americas, but we can always rely on the magic of the angular spreading. 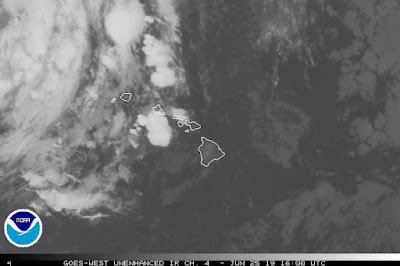 And the 6.05am rain radar shows the associated rain. Windguru shows the clouds, but it doesn't indicate much rain at all for Maui. We'll see.