Jimmie Hepp went to the event dedicated to kids with special needs at Launiupoko and took a bunch of beatiful "feel good" pictures in this gallery. To the right of this one, is the organizer Cody Young. 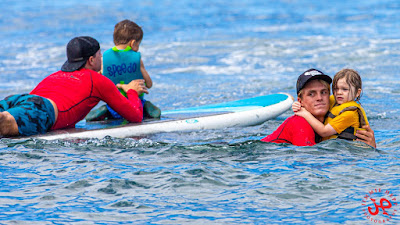 Kai Lenny joined, and contributed to the production of smiles. 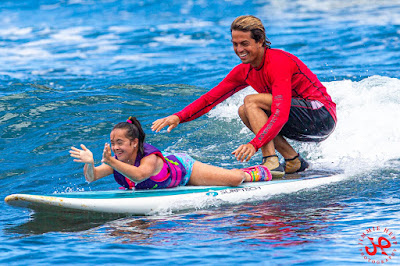 The new long period pulse did fill in better than yesterday, but it's not particularly strong (remember, it's an angular spread). Nonetheless, the waves in Lahaina are extremely clean, as usual in the early morning. I'd be all over them, if I wasn't still injured. This is one example, remember to check the webcam yourself before going. 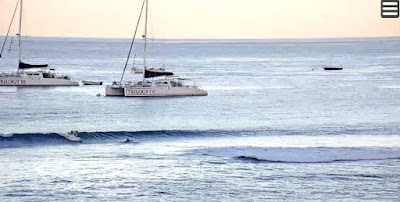 And watch out the new moon low tides, which in June can be quite extreme. Below is the whole week for Lahaina.

3.7ft @ 6s from 79° (ENE)
Just windswell and pretty easterly too, Hookipa will be very small (but not flat), better chances on the east facing shores.

North Pacific has very little wave generation, but as anticipated a couple of days ago, things should change mid week.

South Pacific has a decent fetch east of New Zealand. The other one SW of it, will be greatly blocked. 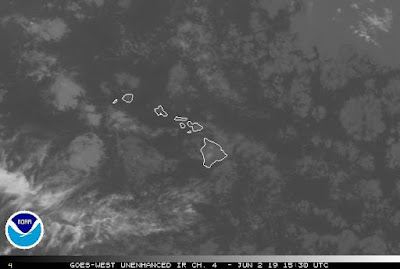