I was looking for some photos from the kite contest and I found one of my friend Cruser taken by Mauikiteriders. 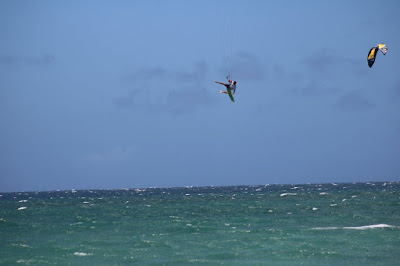 Southerly energy taking a break after a whole month of pumping waves. This whole week is going to be pretty small, next week should be better and there's hints of a big one mid June. Nonetheless, there's still small waves like the one in the picture. Check the webcam before going. 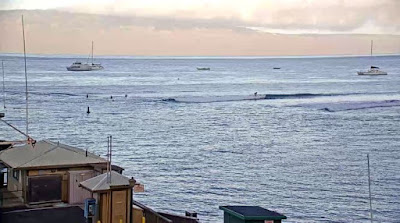 Just windswell at Pauwela, expect very small waves at Hookipa, bigger on the east facing shores. That's going to be the case pretty much all week and surprisingly the long term Surfline forecast doesn't show much either for next weekend, when, in my opinion, there will be a decent size NW swell. If the models are right, just by looking at the fetch I'm going to call it well overhead.

North Pacific only has a moderate windswell fetch. The red arrow indicates the spot where that mid week low is going to form and then move east in a perfect position for wave generation for us.

South Pacific has multiple fetches, the red ones with a direct aim, the blue one aiming to our east, but with possible angular spreading. 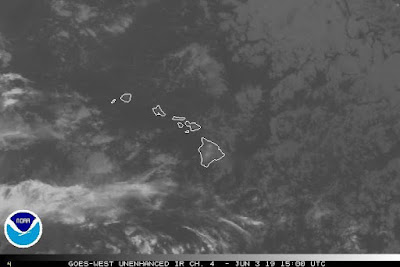