First real impact on my life of the Corona virus: the WSL cancelled all their events in the month of March!

This was Hookipa around noon: picking up. 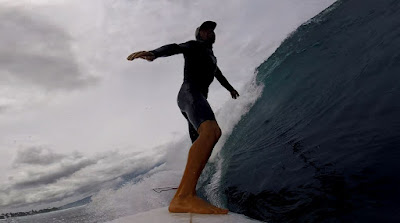 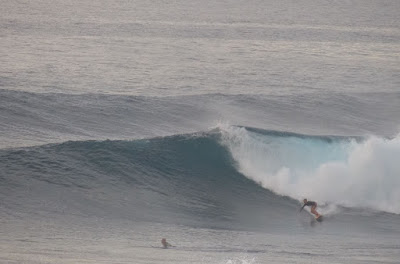 Last couple of days have been good. That's about a fourth of the wetsuit pieces I own. 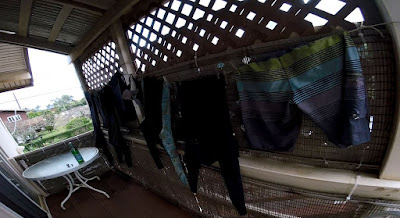 4am significant buoy readings and discussion
South shore
Nothing at the buoys, check the Lahaina webcam if interested. Looks like Breakwall gets a bit of wrap coming down the coast.

All about the NW energy today, there might be still some leftover NE in the water, but the buoys can't sense it anymore.
Below are the graphs of NW001, Pauwela, yesterday prediction on Pauwela and yesterday's Surfline forecast. This last one was correct on the size (peaking at 10ft 12s), but about 12 hours late. Judging from the graphs of the upstream buoys, the swell is peaking now and it will oscillate up and down all day, staying elevated. That means too big at Hookipa for the common mortals, seek sheltered places.
The wind should be calm again up until 10-11am. Honolua will have waves (but no offshore trades), the early morning radar shows rain up there. I personally only go to the Bay if the trades are blowing... if they're not, the north shore is good, so why bother.

The NW fetch associated with the wind stopping low will keep waves rolling. Double thanks.