I got lazy again and didn't take any photos of the Lahaina side, but here's a gem from OneMoreFoto (not sure from when). Ridge Lenny is a hell of surfer. 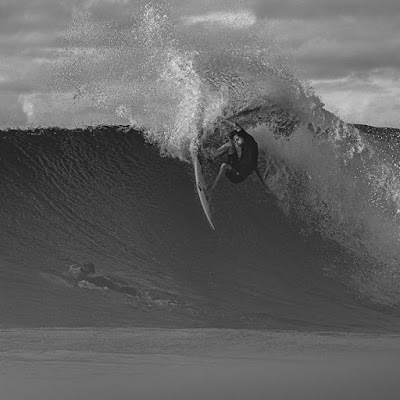 SSW swell down to 2.2ft 13s at Lanai, while the other smaller one reads 1ft 16s. This time I also copied the significant SSE windswel (5ft 8s from 160 degrees), some spots will like that. The combination of all of the above should provide the south facing shores with another day of fun size waves. Check the Lahaina webcam if interested for size, condition and consistency.

Purely easterly windswell on the north shore, Hookipa will have blown out waves possibly in the overhead range, bigger on eastern exposures.

North Pacific has a weak WNW fetch and the windswell fetch (getting more easterly).