I lost my phone (possibly by the cliff top rail at Hookipa), so don't expect beach reports until I get a replacement, which won't be easy with all the shops closed. Fortunately, if you need a surf related product, Hi-Tech is still open in Kahului for phone orders pick ups or if you knock at the door (they're letting in few people at the time). You can also still rent a board, but the rental staff is required to stay at home, which means "forced vacation in Maui" for me. Could be worse.

You might think that the grom made the wave look big (and it sure was for him)... 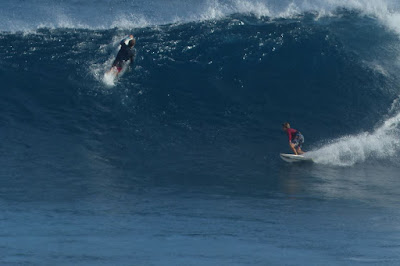 ... but there really was some size at Hookipa yesterday morning. 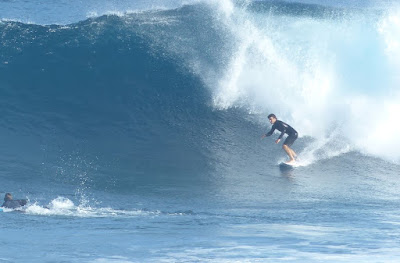 This guy got some shade at the end bowl. 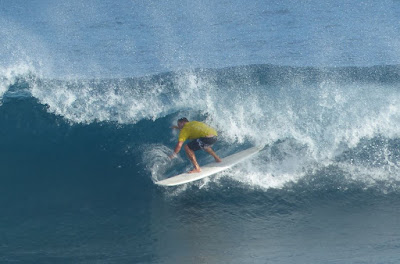 I paddled out and caught one wave to test my rib, felt pretty good, I plan on surfing longer today. 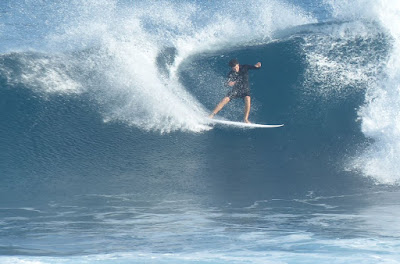 This is Kai Lenny in the photo I picked from Jimmie Hepp's album of the windsurfing action. He immediately posted a cool helmet camera video on his FB page, unfortunately I can't share it here. 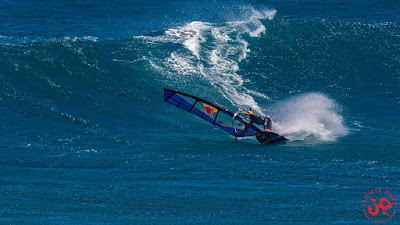 4am significant buoy readings and discussion
South shore
No southerly energy at the buoys, check the Lahaina webcam if interested (tiny today), but with some occasional gems like this one.

Too early for the predicted south swell, possibly tomorrow. Below is the Samoa buoy graph, which has been showing good energy for the last couple of days. Today it's reading 6.2ft @ 15s from 180° (S). 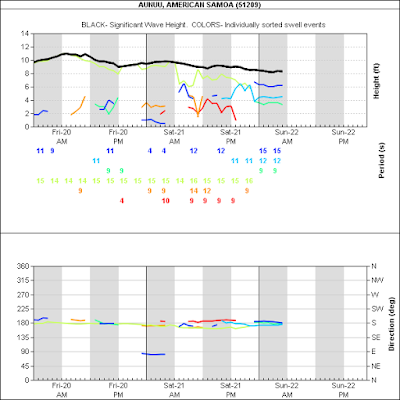 WNW swell peaked yesterday and it doesn't seem to have gone any more north today, so the waves will be smaller than yesterday. With 4.6ft 14s Hookipa will still be well overhead and most likely still inconsistent. Smaller and more inconsistent down the coast towards Kahului. The wind at home doesn't feel too bad at 6.30am, don't wait too long, as today is predicted to be windier than yesterday.

North Pacific only has a weak NE fetch with a slightly stronger angular spreading one next to it.

South Pacific has a wide fetch in the Tasman Sea (partially blocked by New Zealand) and a small south one.