Nothing local to report, as I'm resting my ribs. This is a trade mark image by Ben Thouard. 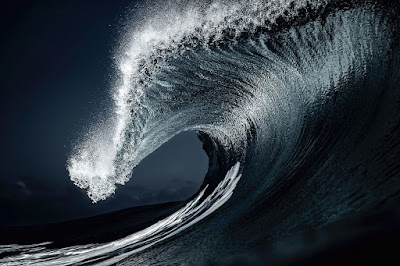 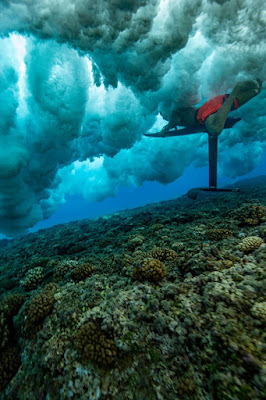 I watched this video of nose riding at a high performance wave like Canggu's Pererenan right and thought about sharing. I also wondered why the only surfed the right, as I like the left a lot better. Maybe too high performance/steep/fast... or maybe they didn't want to deprive the shortboarders of the whole spot.

Deus 9ft and Single 2016 from Deus ex Machina on Vimeo.


4am significant buoy readings and discussion
South shore
Long period southerly energy not at the local buoys anymore, but probably still in the water, check the Lahaina webcam if interested. I might have caught the wave of the day in this image... actually, the guy did. 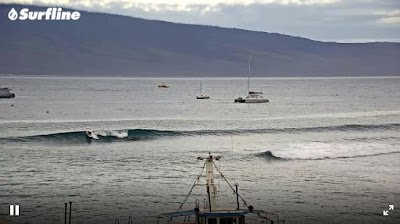 3.9ft @ 14s from 21° (NNE)
4ft 14s from 21 degrees is a very similar reading to the one that gave life to the epic conditions I posted about on March 11. Below is the collage of the maps of March 13, 14 and 15, which I already used in the post of March 16 to justify 3.4ft @ 9s from 18° (NNE) that Pauwela was reading that day. Well, I guess I was wrong and the fetch indicated by the black arrow must be the one that produced today's 14s energy instead. There goes the claim of impeccable timing for my injury: I would definitely check out eastern exposures if I could. Shouldn't be as epic, because of the 6ft 8s from 81 present in the water at the same time, but there should be waves for sure.
Hookipa should have waves too, Pavils and The point should be really fun with that size and direction. You guys enjoy.

North Pacific has the NW fetch we saw yesterday, which unfortunately moved north and not any closer to us. Not ideal, but better than nothing.

That's a nice S fetch down under, next week should be waves on the south shore.

Keep an eye on the radar, you saw the heavy rain that happened yesterday afternoon, despite no rain in the morning like today.