No wind in equals good waves. Yesterday was good everywhere. Here's a couple from the early morning. 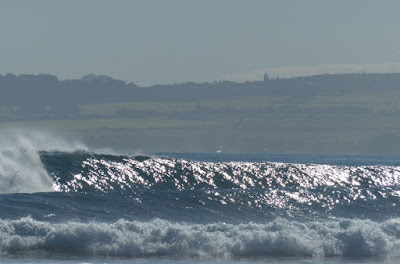 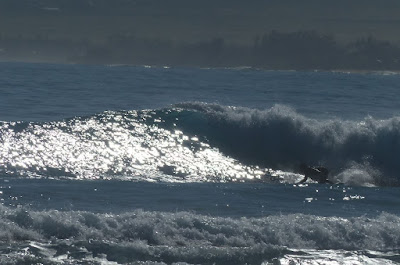 Later on clouds and a misty rain made it even better. Gianfranco charging on his new self shaped and built gun. 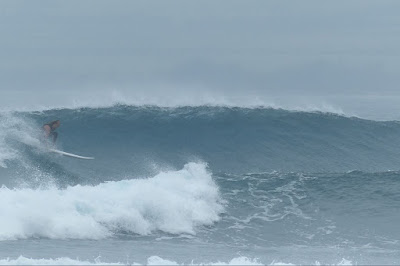 Here's a few waves from session 3 quickly slapped together.


4am significant buoy readings and discussion
South shore
Nothing at the buoys and at the Lahaina webcam.

This is the 10am Pauwela reading yesterday. Might wonna write that down. 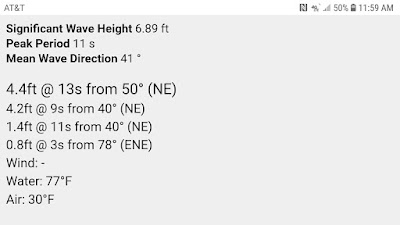 The NE energy is now down to 3.6ft @ 11s at Pauwela (but that's still a fun size, specially on the eastern exposures), but a new closely generated NW energy is about to rise sharply during the day. This one was generated instead by the fetch indicated by the blue arrow in the collage above. Below are the graphs of NW, Hanalei and Pauwela, together with the Surfline forecast that, as usual, seems to be about 12h late.

Based on the upstream buoys, I drew a red dotted line to indicate how and when I think the swell will rise locally: sharp and in the afternoon. Sunset should be cranking. But early morning will have sheer glass again (until around 10am), so don't wait for that is my suggestion. Will probably post an Hookipa beach report around 8am. Sorry, yesterday's three intense sessions required extra rest.

North Pacific has the NW fetch associated with the nearby low and a small one in the very remote NW corner.

Small S fetch down under.