Facebook memories brought back this picture I posted on April 1st 2013. It's a very popular Maui spot that doesn't often look that good. Try to guess it, I'll post it tomorrow. 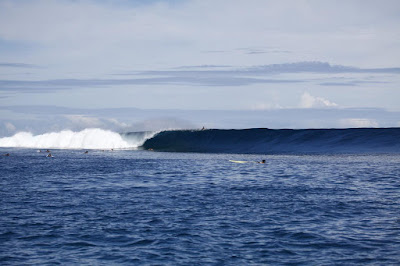 Low long period energy at the buoys, check the Lahaina or Kihei webcams if interested, for size, conditions and consistency. There's occasional gems.

New short period NNE swell is on the rise and will be with us for next few days. The fetch formed on the SE flank of a strong high pressure north of us. You can follow its evolution on the maps below of March 2nd through 4th.

The short distance, but especially the accompanying NE wind (which will intensify this afternoon), will make for rough conditions. Home guess for Hookipa is well overhead and not clean. Harbor should get some action, specially the jetty. Honolua should have waves too, although far from classic Bay, but probably still fun. 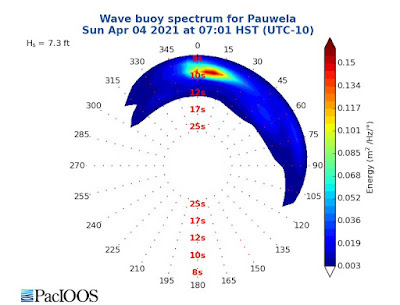 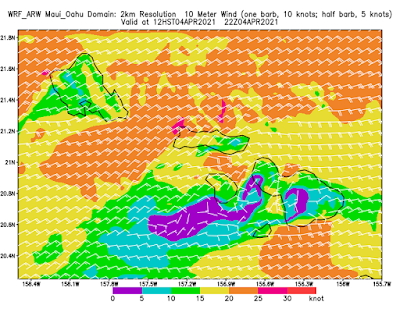