A lesson gave me the opportunity to catch a few waves SUP foiling yesterday and that was really nice. The windsurfing action at Hookipa was captured as usual Jimmie Hepp. Photo from this gallery. 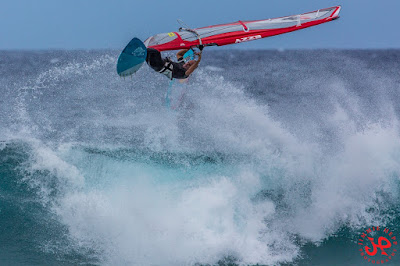 6am significant buoy readings.
South shore
No indication of southerly energy at the buoys, the Surfline forecast calls for 1.6f 12s.

Hookipa looked pretty horrible this morning (beach report today below the call), and that's no surprise with a wave spectrum like the one below. In the 8s period, there's energy from 280 all the way to 110. Clean waves are impossible in these situation: too much chop. Plus the active wind. 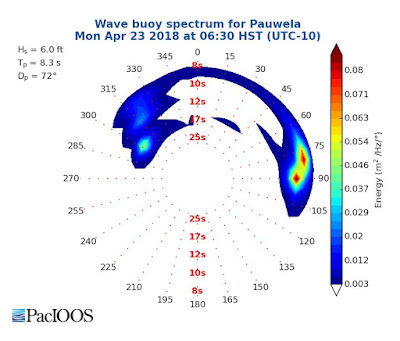 North Pacific shows a fetch in the NW corner and a couple of small windswell fetches just to keep to chop up. 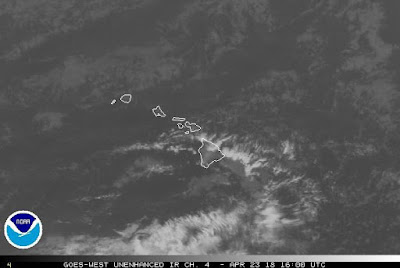