A SUP foiling session for me yesterday. No photo of the day, here's Dave Kalama in Fiji. 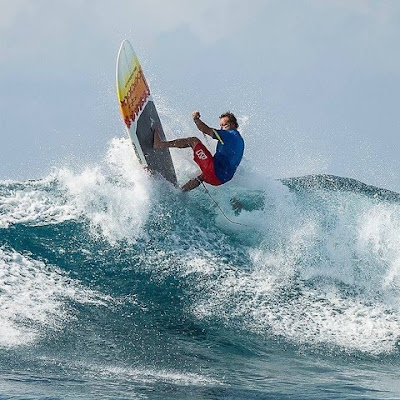 5am significant buoy readings
South shore
W
1.5ft @ 15s from 203° (SSW)
Lovely long period southerly energy at the W buoy, the Surfline forecast calls for 1.3f 16s. Yesterday morning there were knee to waist high long period waves that seemed to be on the slow rise.

3.5ft @ 11s from 320° (NW)
2.9ft @ 6s from 32° (NE)
Medium period NW energy on tap for the day on the north shore. Problem will be the rain and the light onshore wind it seems to be accompanied with. I see foiling waves down the coast (left) and overhead ones at Hookipa (right), but I don't see too many people out just yet. Might be an uncrowded day.

Below is the graph of Pauwela and the Surfline forecast. Today's swell is on the decline and the direction went a little more west. Yesterday Honolua was chest high, today might be smaller because of that. Also, Tuesday's swell is much smaller now, the models have changed and the fetch below doesn't look as impressive as it did earlier. Still 7.5f 11s from 330 though. 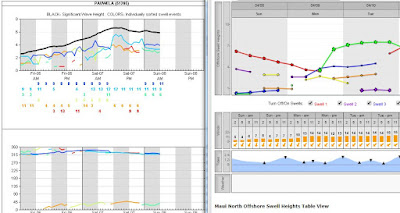 North Pacific shows a near and a distant NW fetches. Plenty energy on our way.

South Pacific looking good with three fetches, the middle one of which gets me mildly excited. 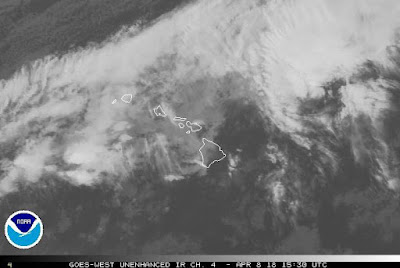