A longboard and a SUP foiling session for me yesterday. No shot of the day, here's an image by Ben Thouard: Owen Right in a giant Teahupoo pit. 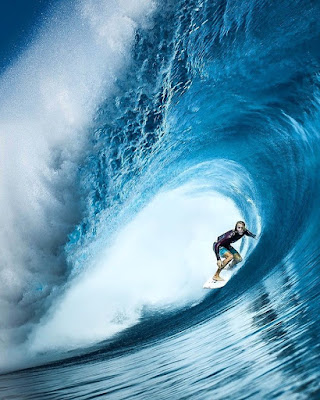 3am significant buoy readings
South shore
No indication of southerly energy at the buoys, the Surfline forecast calls for a rising 1.5f 14s. Yesterday Ukumehame was knee to occasionally thigh high.

Mixed periods, but plenty energy in the local water and, as you can see from the Surfline forecast (on the right together with the graph of the two reported buoys), it should increase towards the end of the day. Once again, who really cares about the precise size, when what it counts the most is the wind. Which, in this case, is going to be much more favorable than yesterday (doesn't take much, I know). Actually, already yesterday at sunset the waves looked borderline clean, so I think today it's going to be a really good day. If you know where to go and what to do, of course.

Wind map at noon shows light onshores. Should be calm for most of the morning pior to that.

North Pacific shows the close by NW fetch, and not much else. The waves are going to be really small after this swell disappears. 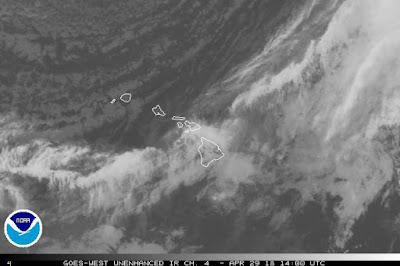 Finally broke down and bought a foil board from your work yesterday. Picked up that custom 7'3" Jimmy Lewis. Gonna swing by on Wednesday and get the Ewa foil too. Excited to give it a whirl.