A shortboard session for me yesterday. Honolua was gorgeous once again, this time with some size and a hell lot of people. I only caught a couple of good waves, but as you can see, even only one would have been enough. Plus I got to see so many good barrels right in front of me, many of which ridden by Coconut Willie, like the one below. 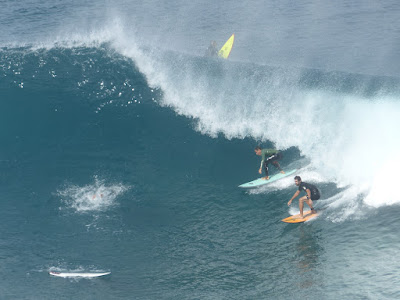 But plenty clean barrels too. 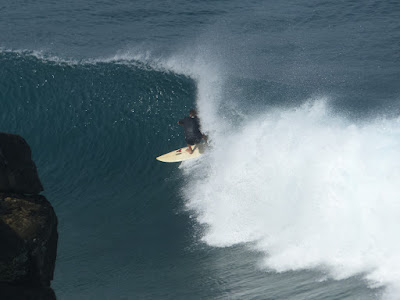 Not the easiest mount to start and stop the clips, but interesting idea for sure. 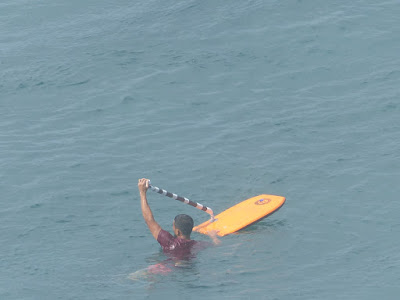 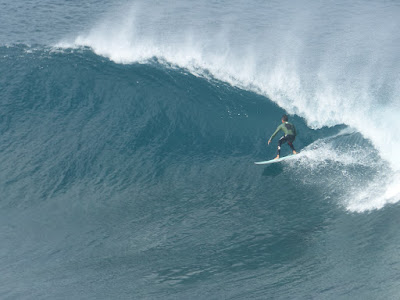 This is a rare head high set at the Point, which was remarkably smaller than the Cave, which was pushing double overhead as it loves the westerly direction and the long period. 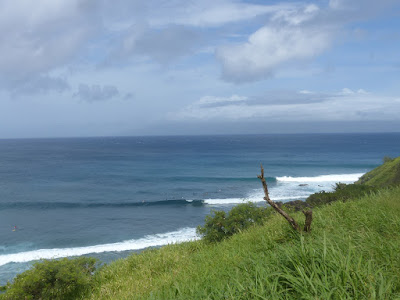 This guy was ripping. 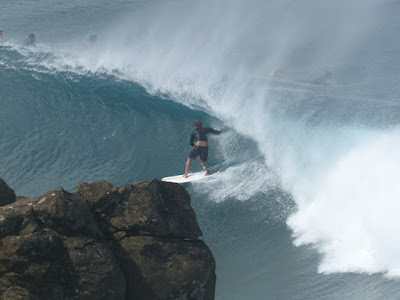 Couple of turns of Granger Larsen, always a standout. 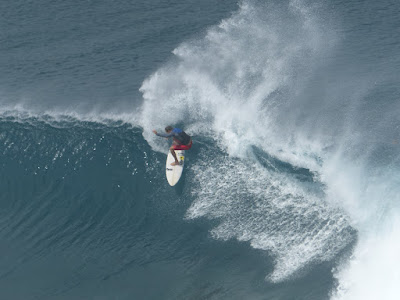 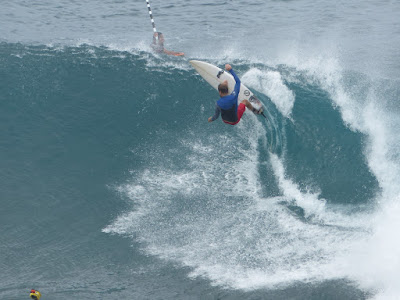 That's one of my two waves. Worth the drive, specially considering the lack of alternatives. 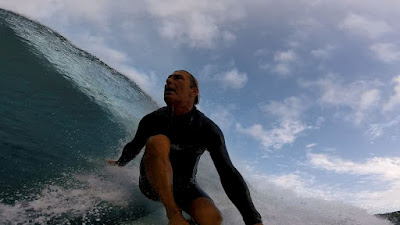 4am significant buoy readings
South shore
No indication of southerly energy at the buoys, the Surfline forecast calls for the start of a low long period swell with 1.2f 16s at 8am.

As predicted, the NW swell peaked mid day as you can see from the Pauwela graph below (light green line) and should decline pretty quickly all day while, as predicted, the windswell is now up to high levels. 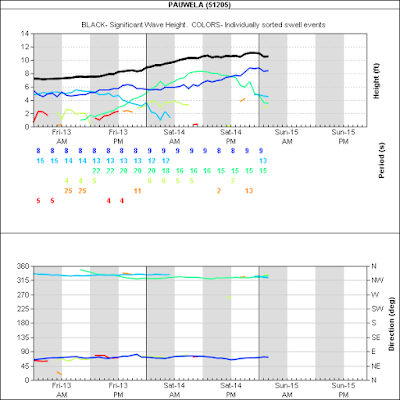 And with a wind forecast like this, it should stay up for at least two weeks. Looks like lots of clouds and some rain too. 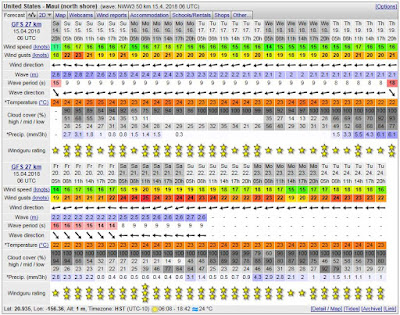 Wind map at noon, this time up to date.

North Pacific shows a NW and the windswell fetch.

South Pacific shows a distant fetch SW of the Tasman Sea and a weak S one. 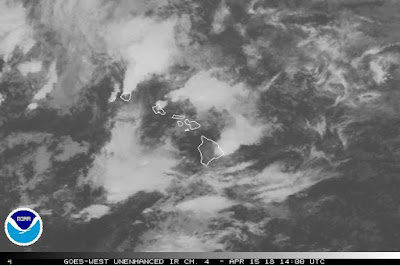