A prone foiling and shortboard session for me yesterday. No photo of the day, here's an image from one of the past Kalama Kamps in the past that shows the incredibly clear water of Fiji. 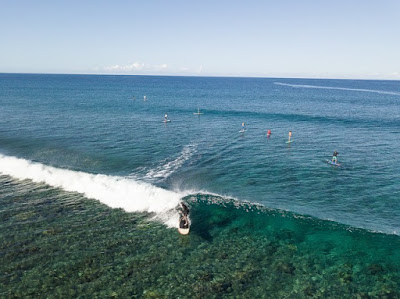 Southerly energy at the buoys went down in period, but it's still there. As reported, yesterday the waves on the Lahaina side were knee to waist, occasionally chest high.

Another day of wind and windswell on the north shore.

North Pacific shows a fairly big fetch NW of us, but only its tail is oriented towards us. Its head is oriented towards the mainland and hopefully we'll get a bit of angular spreading of that energy. First significant pulse of NW swell will be here on Friday and next week doesn't look too bad from the NW energy point of view. Still plenty wind, so pretty blown out.
The map also shows the windswell fetch, which I forgot to circle.

Nothing on offer in the South Pacific today. 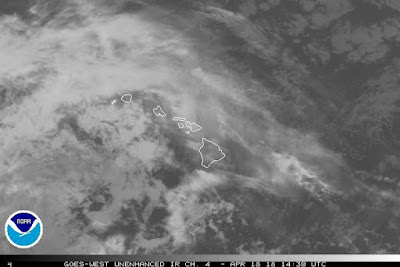