I couldn't find any conditions that pleased me yesterday, so no water action for me. Matty Schweitzer posted this photo yesterday, but it might be one those facebook "recalls" as there was no chance that a wave would look like that yesterday in Maui. That particular one would have been much smaller and onshore, but it's a nice shot anyway, so here it is. 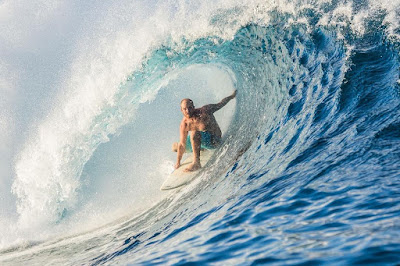 4am significant buoy readings
South shore
No indication of southerly energy at the buoys, the Surfline forecast calls for 1.4 14s. Yesterday it was knee to occasionally thigh high.

Pretty solid NW energy peaked during the night at Hanalei. Notice the array of periods arriving simultaneously, indication and confirmation of multiple sources as we saw in yesterday's analysis in the collage of the fetches maps.

Anyway, plenty energy on tap on the north shore, conditions will be as usually compromised by the wind, which, at least, should be less onshore than yesterday.

Wind map at noon. Could be a cracking wave sailing day if the sun helps the wind a bit.

A small WNW and a small NE windswell fetch in the North Pacific today. The massive one NW to N of us is aiming at the mainland west coast.

South Pacific shows a strong S fetch and a small Tasman Sea one. Next week looking decent on the south shores.

Morning sky. The rain should finally decrease. I say finally, so hopefully people will stop wining about it. Not that it bothers me, but I do feel compassion for someone who's mood is so influenced by the weather. 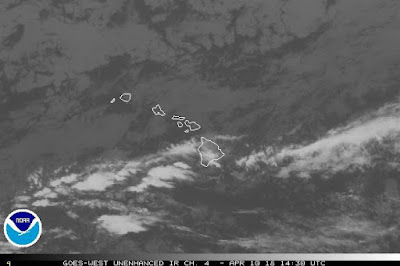 That picture of Matty is from yesterday. His Facebook page where the picture came from says he snagged the wave in Tahiti before work started. charger!