A SUP foiling and a windfoiling session for me yesterday. The first one was at Thousand Peaks with weak 8s knee to thigh high glassy waves (Kona's leftover windswell), perfect for foiling. This is a photo I took after a light onshore wind picked up. Nice lineup. 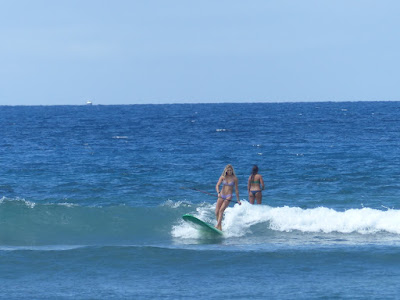 For both sessions I used the Gofoil Maliko 200 foil and it was perfect. Having a quiver of foils is a must, imo. There were a couple of other guys out windfoiling on smaller foils, including one on a "proper" windsurfing foil with a formula board and a 6.5 sail. I was the only one always foiling and I all I needed was a 4.3 sail, as I had the biggest foil. The Maliko 200 is also a very easy foil for learning how to jibe as it foils at very slow speed and it's very stable.

4am significant buoy readings
South shore
No indication of southerly energy at the buoys, the Surfline forecast calls for 0.6f 18s, Pat Caldwell has 1f 16s in his table, while the Kona's windswell has probably subsided.

Wind map at noon. Looking forward to a possible windfoiling session in the afternoon, after the ridiculous amount of fun I had yesterday.

South Pacific shows many weak and scattered fetches, the best one for us is the one with the n.1, as it is the closest.

Morning sky. We have some clouds moving in. 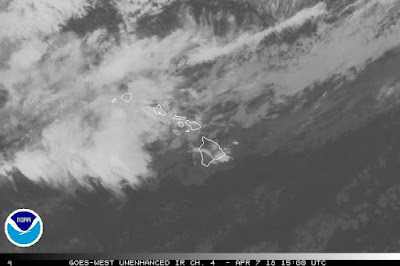