A longboard and a shortboard session for me yesterday. This is a friend of mine making good use of my Excalibur on the small but clean waves at Honolua. The day before it was obviously bigger. 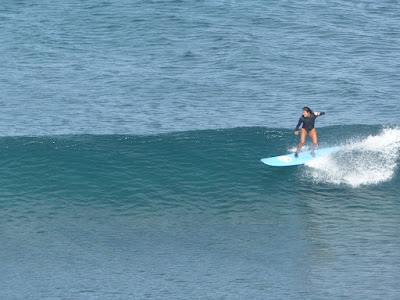 Just as obviously, the waves were bigger but wind blown at Hookipa. Photo by Jimmie Hepp from this gallery.﻿﻿ 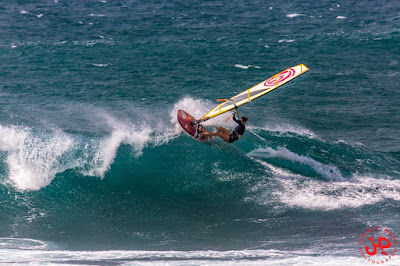 4am significant buoy readings
South shore
No indication of southerly energy at the buoys, the Surfline forecast calls for 0.9f 14s. Yesterday it was knee high on the Lahaina side.

New long period NNW swell on the slow rise, while the existing one is now 4f 11s locally and the windswell is 6f 7s. The collage below shows the graph of the two reported buoys plus the Surfline forecast. In particular, on the Pauwela graph I numbered the three swells currently in the Maui waters to underline how complete that information is. If you go on the NOAA buoy page instead, there will only be one of them: deceiving and incomplete information.

And that's also why I like the Surfline Offshore Swell Heights tab (links n.14 and 15 of GP's list of meteo websites): it shows what each single swell is predicted to do. Get rid of your apps that show the spot forecasts, they will never be accurate. Or at least, they will never be as accurate as your guess, if you start paying attention at the offshore swell heights and observing what that translates into your spot(s) of interest depending on size, period and direction, you'll know what to expect.

Said this, the orange line is the new swell which should rise steadily all day before peaking tomorrow at 7f 14s from 335. The yellow line is Saturday's swell which will be much bigger at 10f 16s mid day.

Wind map at noon. The wind should be east enough today for the Kahului area to be calmish in the early morning.

North Pacific shows the NW fetch of the weekend swell getting a bit closer and the windswell fetch.

South Pacific keeps showing cyclonic activity. Unfortunately the Tasman Sea fetch is blocked by the north island of New Zealand, but there's another one east of it. 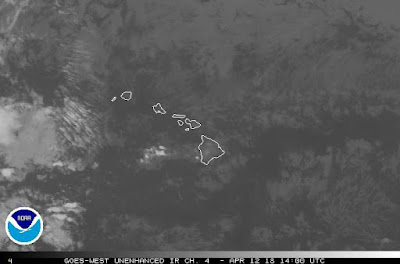