SUP foiling and windfoiling session for me yesterday.

Here's some shots from the first one. Robert exhibiting a very relaxed style. 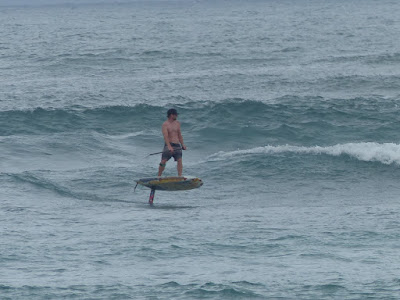 That is until he needs to pump and paddle his way to the beach. Nice reach and technique. 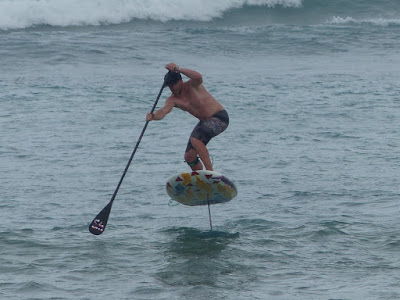 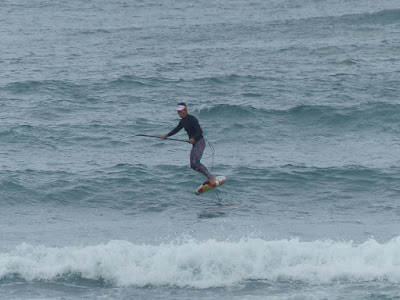 After the wind got strong enough, I rigged my sail and went windfoiling. And after I caught and rode a few waves from the reef all the way to the beach, my very first windsurfing here Alex Aguera approached me like,:"hey you look like you were having too much fun, let me try that setup!".

That was a big honor for me. Which might sound silly as we now hang out at the beach every time there's SUP foiling conditions. But I'll never forget that first time I ran into a windsurfing magazine that happened to feature him on the cover riding a wave during the Aloha Classic in 1984. 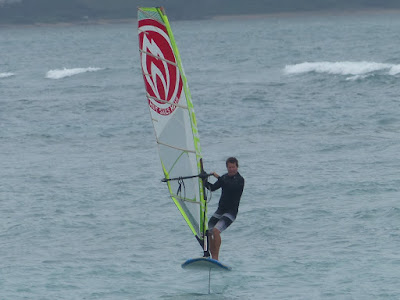 WWF might be already taken as an acronym, but let me introduce you to the wonderful Wave WindFoiling. Not much to do with wave windsurfing, as you need a rolling non breaking wave, but, believe it or not, just as fun.

Lovely long period energy at the outer buoys, while the Surfline forecast calls for 1.3f 15s. Yesterday it was knee to waist and today should be more of the same.

New long period NW energy on the rise at Hanalei, but in Maui it will arrive only in the afternoon. In the meantime, there's still declining short to medium period energy in the water. The problem, once again, will be the wind, which will make the conditions poor.

North Pacific shows a close by NNW windswell fetch. The big one up in the NW corner is the n.3 in the collage above and is now aiming to the mainland, but we might still get a bit of angular spreading.

Two decent fetches in the South Pacific, the one SE of New Zealand looks pretty solid and should provide the south shore with a small swell all next week. 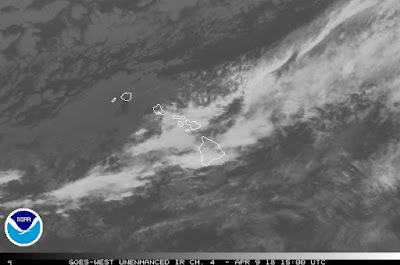