A SUP foiling and a windfoiling session for me yesterday. Sorry about the late call, but this morning I wanted to try out my new 5.10 Sharp Eye at Hookipa, so I went there first. I was sitting there surrounded by a large amount of surfers thinking about all the other better options I would have. Caught three waves in an hour, only one had a section for a decent turn. Result of the test: the board is sick, Hookipa sucks. 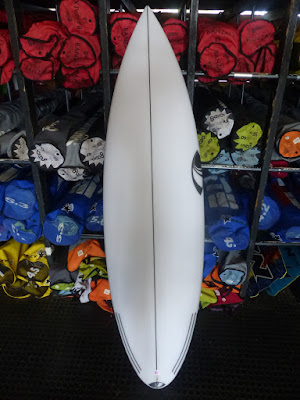 First signs of the long period energy at the local buoys (not at the outside ones).  This is a decent medium set at Ala Moana. Occasionally there's a bigger one, but the wait is very long and it's pretty flat in between. 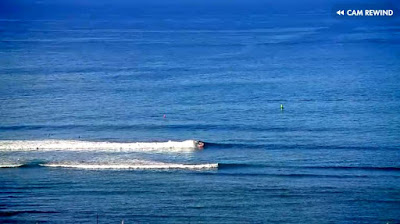 2.1ft @ 9s from 354° (N)
As reported earlier from the beach, the NW swell is now down to head to head and a third high at Hookipa. Apparently yesterday it was excellent in the head and a half to double overhead range. That must have been just before the mixed periods started to show up in the lineup.

Notice below how the graph of NW101 went up again with some 10s energy. I think it's because it's very close to a local fetch (see map below). Applying GP's rule for the travel time: 16h @ 16s +-1h per second, at 10s the waves take 22h to get to Maui, so we're talking more like tomorrow morning. It should be well less than 7 feet though, as shorter period swells decay more with travel. 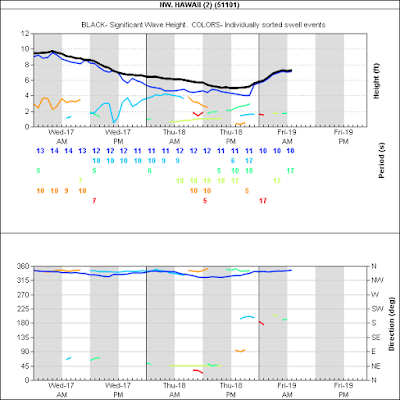 North Pacific has a NW fetch (red) and a couple of areas aiming to the east of us, but of which we should receive some angular spreading. 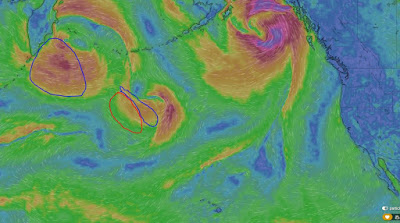 Big strong fetch still there in the South Pacific. Aiming at central America, but strong enough to allow angular spreading to reach us. Next week big waves every day. Prtobably starting tomorrow, actually. 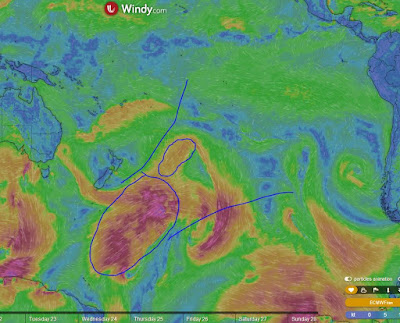 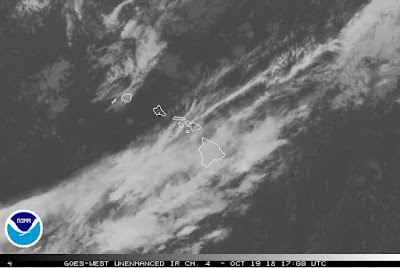