A shortboard session for me yesterday. The waves were still beautiful in Lahaina, but a little slower.
I took this one on my way to work. 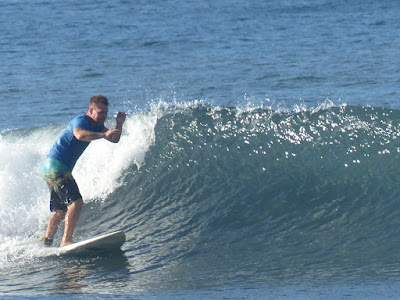 This Skeeter's hop instead was caught later by Dan Taylor Destinationn360. 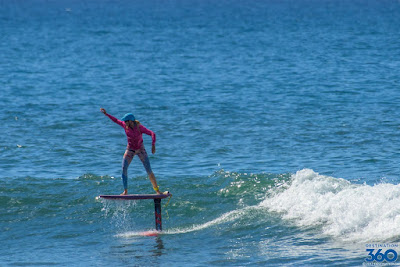 Tons of windsurfers enjoyed the waves at Hookipa. Jimmie Hepp made two galleries. This one is fron the first one. 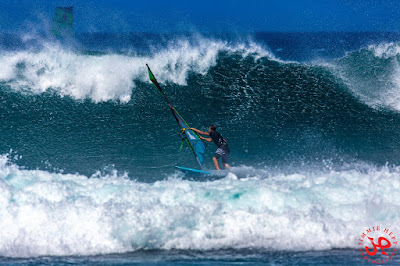 This is from the second one. Pretty solid size, I'd say. 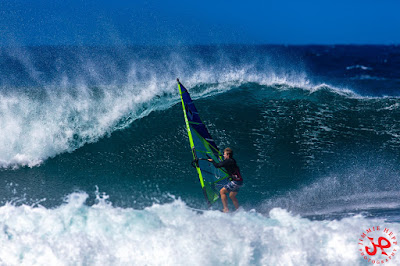 I was wrong about the start of the Aloha Classic, btw. It starts Sunday October 28. Click HERE to register for the competition. Pick up your rider’s pack at Rock & Brews on Saturday, October 27.

New long period pulse is here, I'll never understand how there can be 2s difference in the period registered by the buoys, I trust the local ones better, so around 3f 17s is what we have.  Let's see how Pat Caldwell describes the fetches that originated this round of energy.

At the surface, a storm-force system tracked ENE to the SE of New Zealand 10/17-18. Seas grew over 30 feet. The aim was slightly more to the east of Hawaii than the previous systems of 10/12-15 that gave the well above average surf locally 10/20-23. Thus the table above shows a similar swell height as the preceding event, but odds are lower.

He put 5f 16s in the table and yes, it's smaller than that. I'm going to add that is going to be also less consistent, because the fetches were not aimed directly at us. Below is the collage of the maps of Oct 17, 18 , 19 and 20. When the circles are blue, it means we're getting the angular spreading.

Ala Moana gets overhead lines, but it seems to confirm the lack of consistency. For a change, Maui MIGHT be a bit better, as we're east of Oahu, hence a bit closer to where the real energy of this swell is going. Of course, if there was a webcam in Lahaina, we could verify this from home. Please check the Ozolio website if you have an ocean front home/business and are interested in hosting one. 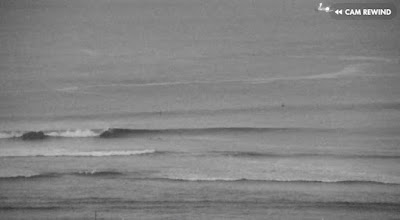 Still NNW energy on tap for today on the north shore, it should be another fun day for the wind/kite surfers.

North Pacific has yesterday's fetch in an even better position/shape. 7.5f 12s from 343 on Sunday is the latest Surfline's prediction. The GP3 model in my head suggests more like 6f 14s instead. We'll see. 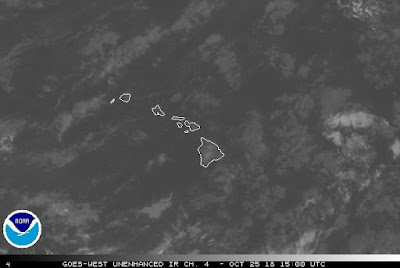