A longboard and a SUP foiling session for me yesterday. The Walaka swell was still pumping on the Kihei side as this photo by John Patao shows. 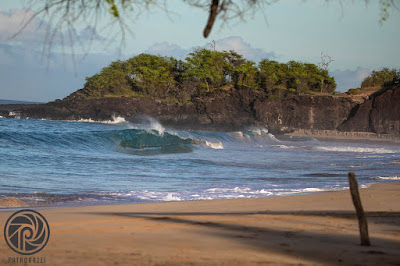 Below is a well overhead set at Ala Moana (just before the camera adjusted its exposure settings), but that looks more like a leftover Walaka one to me. Not much after it. At the same time, the Kihei webcam does show a long period shore break. 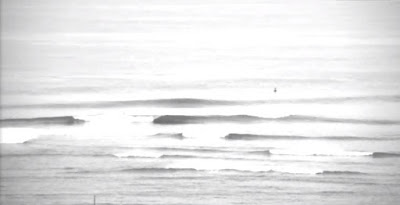 3ft @ 7s from 64° (ENE)
1.7ft @ 16s from 318° (NW)
Here's a sentence from the epic post Buoys to Maui travel times and Maui's shadow lines:
The Pauwela buoy is 6 miles offshore of Hookipa. The Molokai shadow for the buoy is 299. Hookipa's is 305. It's not a huge difference, but it is a difference.
As you can see from the NW and Hanalei buoys, the original DOMINANT direction of this swell is around 299. That (and the decay by travel) explains the smaller number at Pauwela. The different direction (318) is explained by the wrap that the swell does bending off the east tip of Molokai. Hookipa will probably see even less energy than Pauwela, so expect a day of relatively small waves there.
Wind map at noon.

North Pacific offers a NW fetch, the windswell fetch and the E fetch from Hurricane Sergio. Walaka has stopped making waves for us, thank you very much indeed.

South Pacific has a small fetch oriented directly towards us SSW of New Zealand (red circle) and a much bigger one (blue circle) aiming east of us, out of which we should be able to get some angularly spread energy in a week. 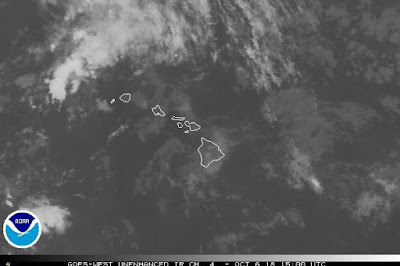