Thanks a lot to readers Scott and Geoff for their donation.

A longboard and a shortboard session for me yesterday. Slightly bumpy in this occasion, but the waves on the south shore is still a lot higher quality than the average day at Hookipa. 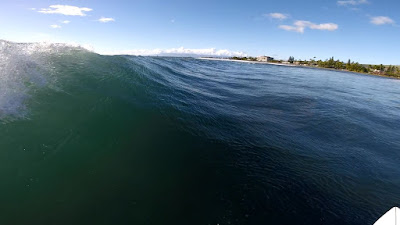 For me, that results in better surfing and more fun. 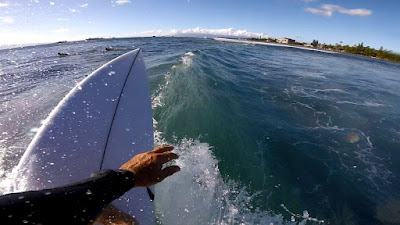 Surfing different boards and doing different disciplines is a key fact of my relationship with the ocean and its waves. 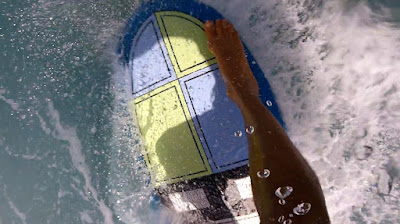 Love the buoy readings today. Here's why.
The outer NW buoys don't register any energy from the new NW swell predicted to arrive later today, while the local ones do. That is because the first ones are exposed to and "overwhelmed" by the higher energy of the south swell, while the latter are protected from that by the island to which they "belong". Not only that, but they show two different periods associated with the two different fetches present on the map of Oct 19. Below is the collage of the maps of Oct 19, 20, 21 and 22, but I would recommend to read Pat Caldwell's explanation first (in Italic below). So, swell on the rise today (specially in the afternoon), the waves should be bigger tomorrow according to Surfline.

South Pacific has ultimately surrendered to the course of things and now the remaining of the last of the strong fetches is aiming at South America. Not sure we'll get some angular spreading off that one. Probably not. 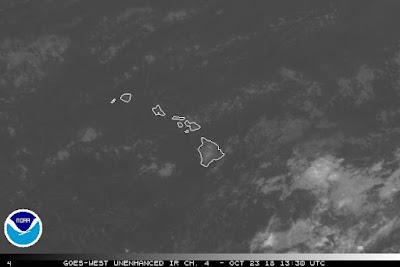