A SUP foiling and a SUP session for me yesterday. Once again the conditions at Thousand Peaks were exceptionally good. Here's brother Eddie with sparks all around, even under his board. 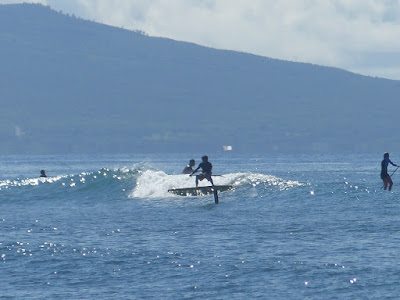 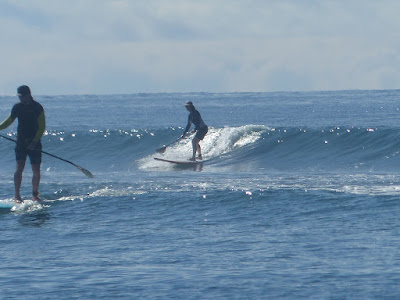 This is an incredible shot by Jason Hall that shows the beauty of the... everything! My early morning session foil session was great, but I couldn't replicate the lines and the feelings of the day before, which was something really special.

Notice the offset placement of the (stick-on) strap inserts, so that the back foot ends up right in the middle of the board. Now imagine a cut back to the right: I would push with the heel and pull my toes against the straps for extra leverage. No straps? No thanks.
When I added the back foot strap, I hated it for 5 sessions. Then it stepped up my game. But we're all different. 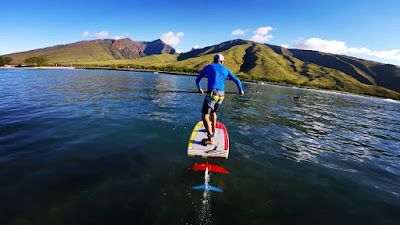 As a sign of the good times to come, here's a photo of Cloudbreak posted yesterday on this page. 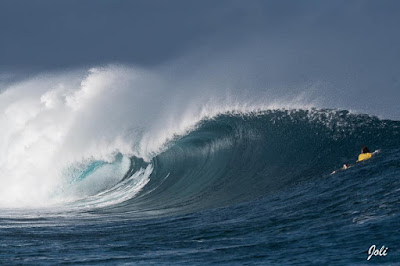 And once again, for the 7th day in a row, we have 3f 15s or more at the buoys. Tomorrow is predicted finally to come down a bit (but not much according to Surfline), but then next week we might have 4f 15s all week! I call this exceptional, as it doesn't happen often. I'm taking it easy this morning, so I'll report whenever I'll get there.

Still small energy from the north at Pauwela. That'll give Hookipa some breakers, but the wind will be side-onshore. Tomorrow the first long period sets of the big Wednesday swell will start arriving. Nothing at the buoys just yet.

North Pacific has the NW fetch that now has moved east a bit. I circled in red in the great circle rays map on the right the small but intense section of winds that are between 330 and 340. The energy coming out of that, will find its way to Honolua. The much bigger (but also weaker) section circled in black in between 320 and 330 and that most likely won't.

How many directions do you have in the "traditional" wave forecast website of your choice? Obviously only one, 332 in the case of Surfline. But it's never only one. That's the dominant one, there's always a range of directions in every swell (narrow hurricane fetches might be the only exception). Learn to read the weather maps, spot the fetches, remember them when the swell arrives and you'll build your own internal database of info that no app in this world will give you.

Massive fetches down under. The blue one is aimed east of us, but we'll get plenty angular spreading, the couple of red ones are aimed straight at us. 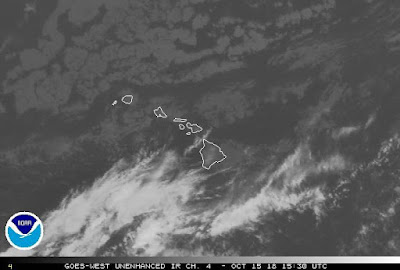