A longboard, shortboard and SUP foiling session for me yesterday. I need to open this call with this epic shot by Franck Berthout that popped up as a 7 years old memory on Facebook. Here's what I wrote at the time.

I was lucky enough to be called by Francky who needed some help... Not knowing what it was about, on the phone I asked him if there was any money compensation involved (I was about to go surf...). By the end of the photoshoot, I was like:"Francky, thank you so much for thinking about me... please call me again next time! I'll pay you!!!"... that was one fun afternoon and the girls were stunning!" 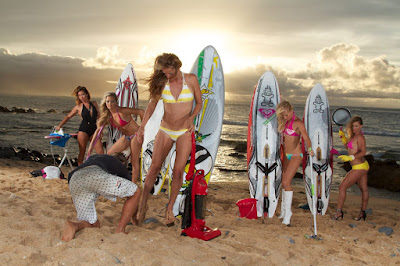 Ok, back to the surf reporting, here's brother Josh enjoying a solo session on the south shore (that is until I joined him). 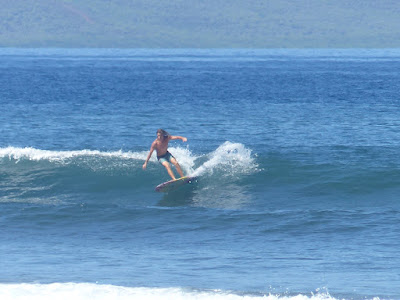 Sunset at Hookipa saw the usual head to overhead waves. 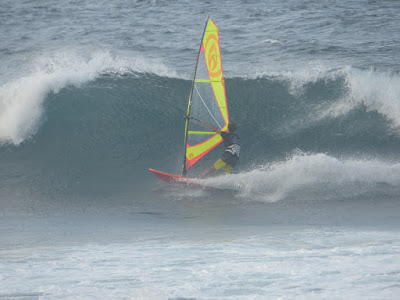 Solid numbers at the buoy, it should be a great day of above average waves on the south shore. Yesterday morning Thousand Peaks was knee to waist high, but between 7.30 and 8 there was a flurry of 22s sets up to head high, often closing out the channel between the right and the main peak. That was bizarre, also because they disappeared afterwards. Nature never stop surprising.

3.8ft @ 11s from 51° (ENE)
Hilo
7.3ft @ 12s from 94° (E)
I believe those 3.8f 11s at Pauwela are the NW swell, but the direction indication is completely wrong because influenced by the strong windswell hitting it. The numbers at NW101 and Hanalei make me thing so. And also what Pat Caldwell says, confirming my comment about the underestimated forecast I did a couple of days ago: The swell arrived locally 10/9 about 2-3 feet higher than predicted by Wave Watch III. That's when observing the fetches can be better than the models. So between NW and windswell energy, plenty waves at Hookipa also today.
Hilo indicates a strong easterly swell from Sergio.

Not much at all in the South Pacific. 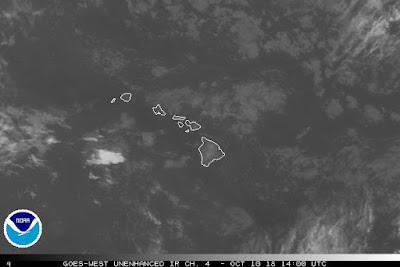