A SUP foiling and a longboard session for me yesterday. I was hoping for another session at sunset, but the wind went kona on the north shore only at 5.20pm. No photo of the day, here's a random shot of Macaroni's, for sure one of the most fun waves I've ever surfed. 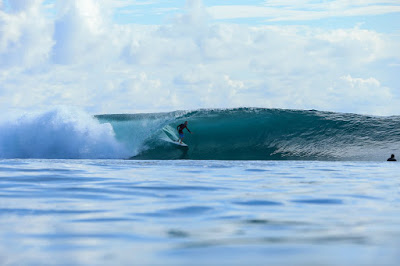 Waves were up to shoulder high at Ukumehame yesterday, but it was pretty clear that part of that energy was coming from a nearby fetch associated with the southerly flow before the arrival of the front. Ala Moana still shows some short period waves, but Lanai still stubbornly registers 2.7f 13s, which is a fun size. The other buoys don't register much at all. Very hard to guess the size on Maui, it would be nice to have again a webcam in Lahaina. Please contact Ozolio if you are a business/home ocean front owner in the area. 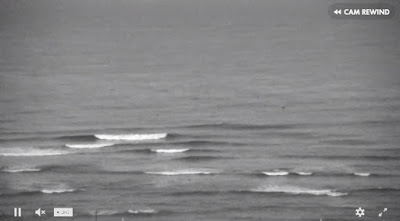 Lovely numbers at the buoys, the swell picked up pretty solidly in the late afternoon, but, as already stated, the winds were not favorable until very late. The direction is much more west than the last swell and it lacks the amplitude to really squeeze into Honolua. There might be waves there, but they won't be as big as consistent as the last swell (which, btw, was double overhead plus, as I noticed in some photos I saw after posting my "looks like head and a half" comment).

Below is the collage of the maps of Oct 26 to 29. In case all that description wasn't clear enough, I put a black arrow to indicate the fetch. I don't have a WW3 model in my brain, but knowing the fetch, its position, width, length, orientation, intensity and evolution, immediately gives me a pretty good idea of the characteristic of the swell associated with it. That's because I've been watching fetches on the map and observing the waves in the water for years. I encourage all the readers to pay attention to the fetches maps that I post daily, to start developing such knowledge.

This said, my guess is that the waves at Hookipa will be in the head and a half plus range, much smaller down the coast due to the shadowing of the West Maui Mountain.

Wind map at noon shows light onshorish trades (don't think the windsurfing contest will run), but the early morning wind should be really good for surfing. Will probably report from Hookipa around 6.30am.

North Pacific shows three fetches none of them particularly exciting in terms of intensity.

Same in the South Pacific. The dark blue in the map on the right means 20 knots, and that energy won't make all the way to Hawaii. 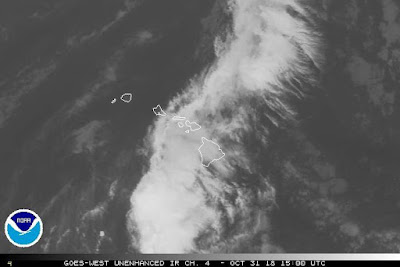 We really don't need a webcam in Lahaina and
PLEASE quit naming the surf spots! Regardless of how popular they are.
Post the pictures, but let people figure out where it is.
Surf Posting 101.
Aloha.