One way to support this blog is to purchase a banner space. That's how blog reader Johnny did and you can see his banner linked to his instagram page on the right. Thanks a lot.

A shortboard and two SUP foiling sessions were my way to celebrate my first day off since I got back. It was a gorgeous day all around and I started it by surfing Hookipa. Fish Bowl Diaries photog Paul was in the water and he caught Annie Reickert in this aerial. 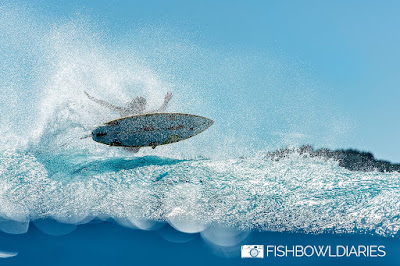 After that, I went to Thousand Peaks where I enjoyed the magic of foiling: the ability to have fun in crappy, small onshore conditions. Pete Cabrinha seems to agree with me.  Had the foil not been invented, the chances that he would have been out there on a regular surfboard are zero, imo. 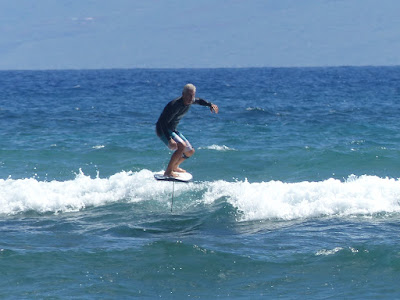 Back to Hookipa. Paul shot the windsurfers too in the afternoon and got this sick shot of  Bernd Roediger. Lots of sailors are already training hard for the upcoming Aloha Classic at the end of the month. I'm obviously not one of them. 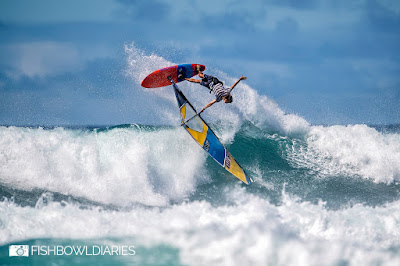 Still some well overhead waves, as this shot of Jimmie Hepp from this gallery shows, but with an overall declining trend. 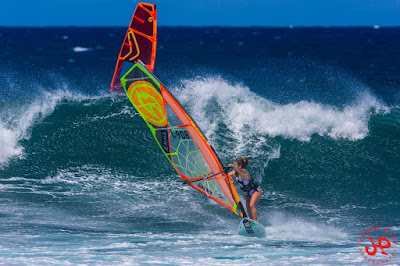 South swell still lingering at the buoys, Ala Moana doesn't look too exciting on the webcam, but it's  not completely flat and there's occasional shoulder high sets (which will most likely be smaller in Maui). Plenty of wait between them, like this moment below. I'll report from the beach before 8am. 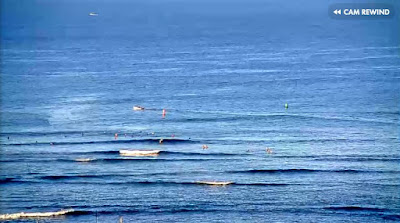 Still plenty energy at the buoys, but you can see the declining trend in the Pauwela's graph below. It will continue to do that also tomorrow, before a new NW swell hits Wednesday. I'm still calling for head high plus at Hookipa today. 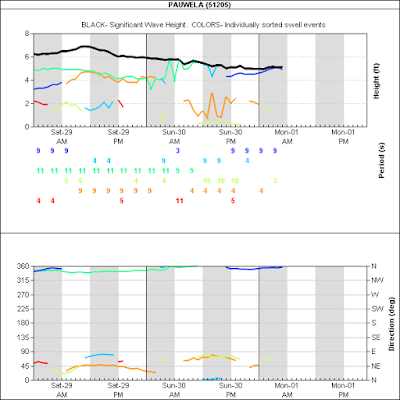 North Pacific has 7 low pressures, but the only fetch oriented towards us is pretty weak.

Pretty weak stuff also in the South Pacific, I felt like circling that tiny fetch associated with hurricane Walaka that intensified south of us, in the hope that the proximity will allow for some energy to arrive. 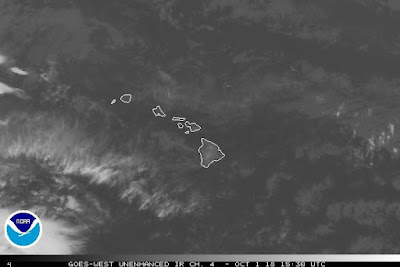