A shortboard and a windfoiling session for me yesterday.

The waves were up everywhere on the south shore. This is Junior dropping On a bomb on his foil board. Photo by Dan Taylor Destination360. 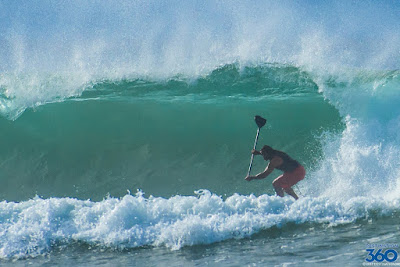 Maalaea wasn't the biggest spot, but that is a fine peeling wave. Video by Ben Jones (thanks!).

Wailea side got action too. Photo from John Patao. 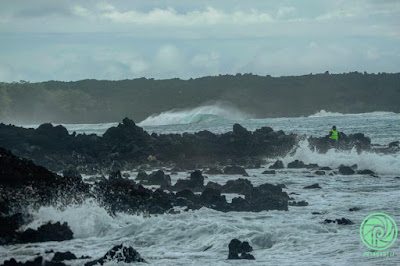 Periods and directions are as usual a bit all over the place at the buoys, but the size is very consistent between 4 and 4.4ft. Surfline was calling for 4.2ft 16s from 195, sometimes that could be a better indication of the direction, as the models know where the fetch that generated the swell was. You guys should know too, if you look at yesterday's collage of fetches maps.

Below is Lanai's graph showing that the swell probably peaked but it's predicted to stay rather steady through today. The main challenge will be to find the spot that:
1) holds the size
2) is uncrowded.
Good luck everyone and be safe. 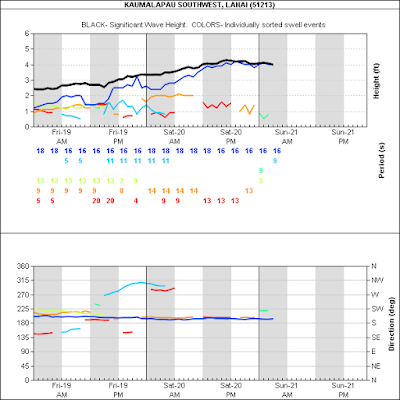 3.2ft @ 11s from 337° (NNW)
Those numbers at Pauwela mean that Hookipa will have waves also today. I saw some windsurfers on the webcam yesterday, lots of them are here for the Aloha Classic competition that will start October 30th. The waves were a bit overhead and poorly shaped for surfing at sunset. I'm gonna guess something similar for today.

North Pacific has a NW fetch.

10th day in a row of a strong southerly fetch. 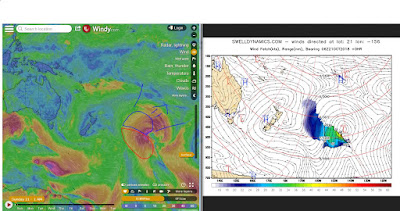 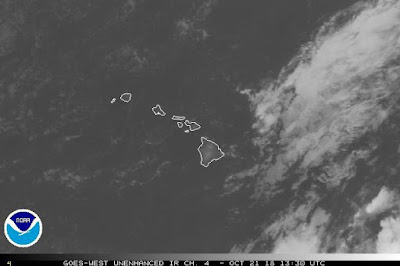