A shortboard and a windfoiling session for me yesterday. This is a wave in the morning at Hookipa with a surfers who is a few feet too far back to get barreled. But don't be deceived by the look, it wasn't that good, imo. 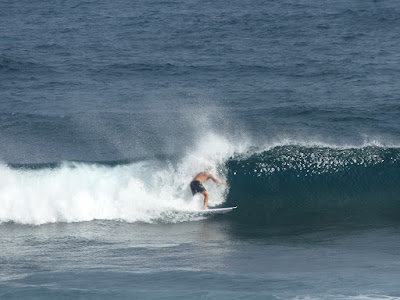 "Relatively small waves" I wrote... I guess I was wrong! But that must have been a bit of a freak one, as I didn't see anything that big in the rest of this gallery by Jimmie Hepp. 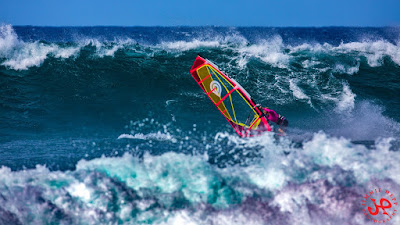 That magic light at sunset. It didn't last long and I didn't get any good surfing shot though. 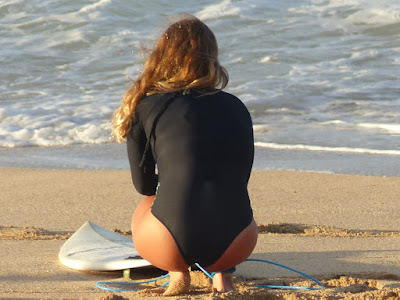 This week is going to be very small on the south shore, as a reflection of all those days with no fetches oriented towards us. Below is the collage of the maps of Oct 1, 2, 3, 4, and 5. Only on the third I found something worth circling.

Haven't seen much more than that at Ala Moana in the last 10 minutes, 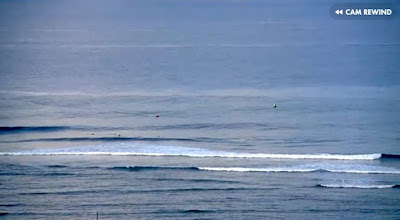 A fetch way down south in the South Pacific. The outcome of those is hard to predict, but it'll keep flatness away. 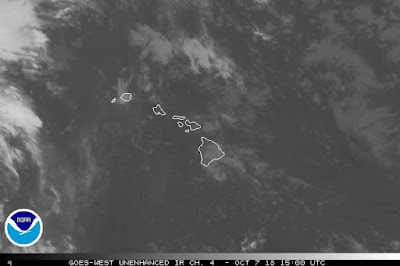