A longboard and a shortboard session for me yesterday. Didn't take any photo and surprisingly didn't find any on facebook (this swell isn't that pretty to photograph), so here's a photo from the Mentawais by Liquid Barrel. 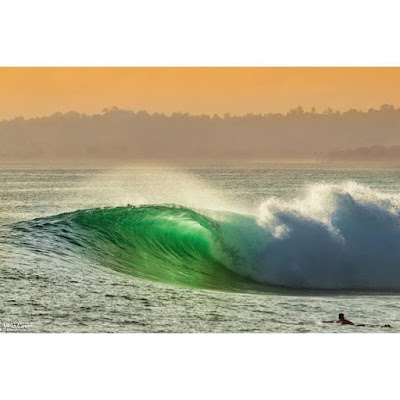 4am significant buoy readings
South shore
The NW swell is so big that all the buoys are "overwhelmed" with its energy and can't register any from the south. But we know that south swells don't disappear in one day. Yesterday there were still some chest high sets (for the 8th day in a row), and for today Surfline still calls for 2.4f 14s. It might finally start to get a bit smaller, but there still should be some waves.

Waimea has been constantly 2f smaller than Pauwela all day yesterday and I don't know how to explain that other with the need for a machine calibration on either one. It doesn't matter too much in the case of this swell, because it's big enough not to require precise buoy readings. Hookipa was often closing out channels yesterday at sunset, yet some surfers were out at Middles and a search with the firemen helicopter had me wonder what happened. Didn't find any news about it. Anyway, big waves everywhere on the north shore also today, as confirmed by the graphs of NW101, Waimea and Pauwela below.

North Pacific still has a decent fetch oriented towards us. Unfortunately the great circle rays maps are down today, but that is a good one for the Bay, imo. 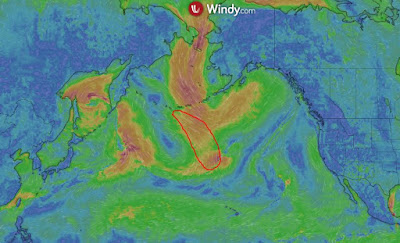 South Pacific has another monster fetch S of New Zealand aiming at Central America of which we should get plenty angular spreading. 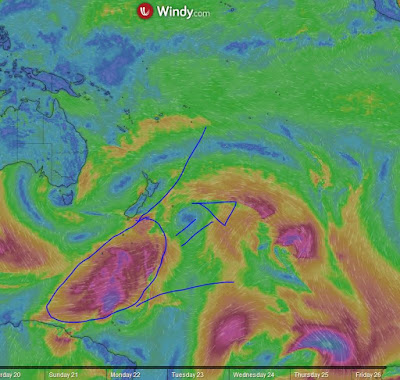 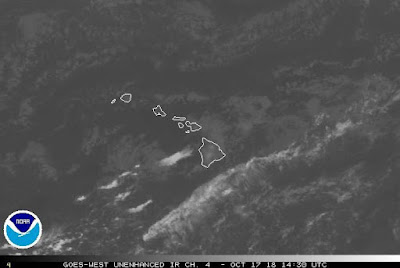 a surfer was reported swepted out to at hookipa yesterday

but he made it to shore on his own,