A shortboard session for me yesterday. Many spots in the Kihei area were going off with Walaka's swell. This is one of them. 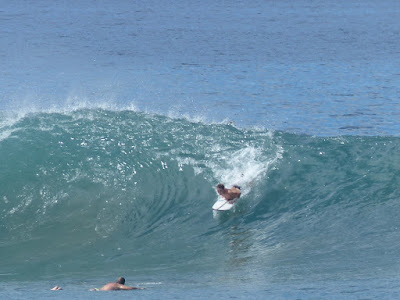 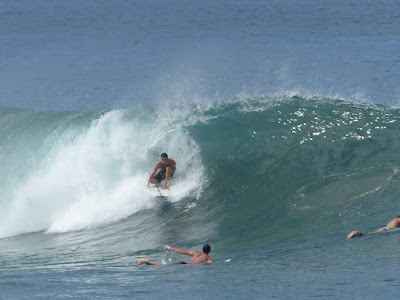 This one is on the Lahaina side instead. Molokini on the background. 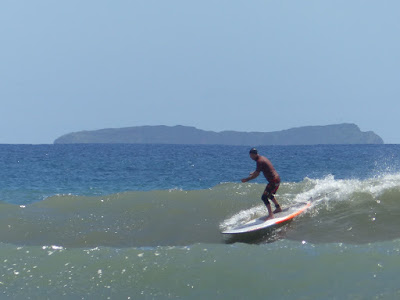 3ft @ 14s from 192° (SSW)
2.5ft @ 12s from 206° (SSW)
Lanai
6.8ft @ 12s from 282° (WNW)
Walaka's swell turned more west and it's going to clock more to the north during the day. Below is a map from the epic post Buoys to Maui travel times and Maui's shadow lines that shows that the shadow line for Kihei is 273. You might think that there won't be waves then, but instead there's still plenty because:
1) the bigger and longer period a swell is, the more it has the ability to wrap around land points (the south tip of Lanai in this case) and change its direction
2) the direction indicated by a buoy is only the dominant one: the one associated with the most energy, but there's energy coming from a range of direction around that number. 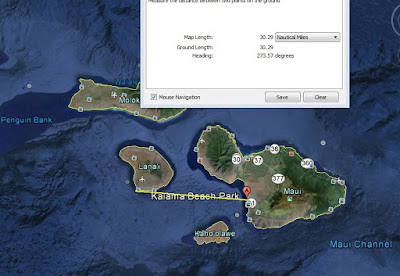 As a matter of fact, here's how a couple of webcams look this morning. Decent shore break at Charlie Young beach and even bigger one at the Marriott in Wailea. Webcams are obviously great tools to decide where to go surfing, there's a decent list on the right column of this blog. Please let me know if you know any other to add. 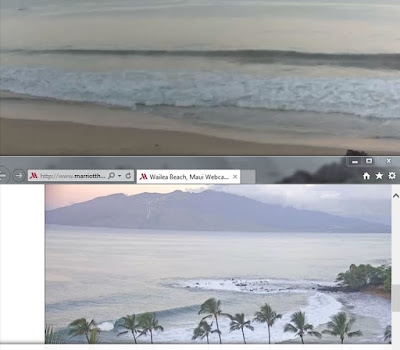 And since there's still no webcams in Lahaina (please check the Ozolio page if you live or have a business beach front and would like to host one), here's Ala Moana that shows some nice waves. 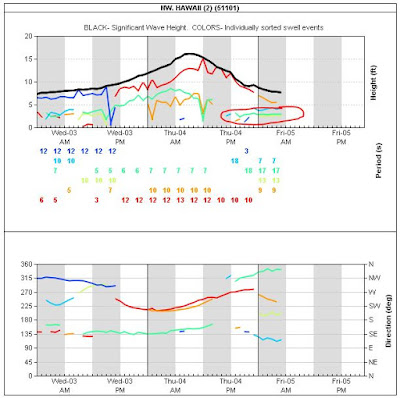 But let's see where it's coming from. Below are the maps of Sept 30 and Oct 1 together with the Surfline forecast (under calling this swell this time). And here's Pat Caldwell's way to describe what happened:
Remnant of typhoon Trami raced from near Japan 9/30 to the Bering Sea 10/1. The fetch area of strongest winds was not well aimed at Hawaii. Low, long-period swell from 290-310 degrees is expected to build on Friday. The dominant swell starting late Friday into Saturday is from the fetch of severe gales that hugged the NW Pacific south of the Aleutians 10/1-3. The fetch aimed just NE of Hawaii, though angular spreading should bring in surf locally. It should pick up Friday afternoon from 315-330 degrees, peak Saturday, then drop on Sunday from the same direction.

North Pacific has four different fetches:
- a wide one in the NW corner
- Walaka's one that now is from the NW
- the windswell one
- an E one associated with hurricane Sergio
No shortage of waves any time soon on the north shore

Absolutely nothing instead in the South Pacific. 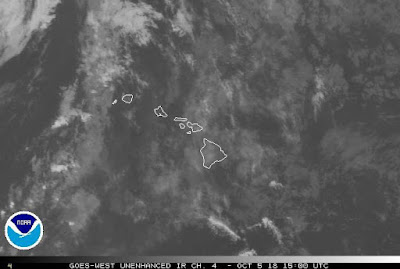