Two SUP foiling and a longboard session for me yesterday. Dan of Destination 360 was out there with us in the morning and took this photo of Junior using both foil and board in this turn. 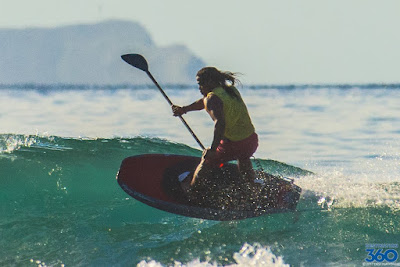 Still nice numbers at the buoys, it should be another fun day on the south shore. Yesterday Thousand Peaks was a lot better than the day before, with less closeouts and no wind all morning thanks to the cloudy sky. What made it a lot better is also and specially the fact that there were more lulls (like the one in the photo below) that allowed the water to settle down after a set. 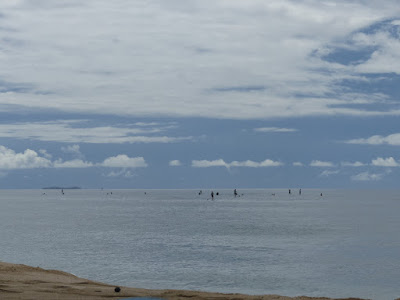 Not sure I'm going this morning, so I'm gonna call it up to chest high from home. Maybe with a little texture from the Kona flow, but that's really hard to say. The wind sensor at Maalaea reads 6 (g9) from WSW, but the one up Launiupoko shows calm. Below is the screeshot of my iWindsurf.com app. 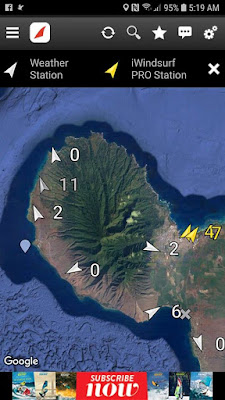 I surfed Hookipa at sunset and it was really fun with occasional head high glassy peaks. Might be a tad smaller today.

North Pacific about to kick into gear with a very promising fetch in the NW corner. Surfline calls for 9.4f 15s from 332 on Wednesday. Both Honolua and Jaws will break if that really happen.

South Pacific never kicked out of gear and today if offers a wonderful, strong and well oriented fetch SSE of New Zealand. This swell should reach 4f 15s next weekend and last all the following week. 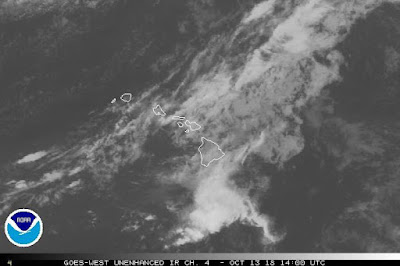