Knowing that they wouldn't run the contest, I went to Honolua yesterday and surfed it. Here's a brief interview with three of the WSL commentators.


And here's some shots I took after my session. Tyler Wright was wearing a big knee brace, but she didn't seem hindered by it at all. Very impressive display of aggressive surfing almost always ending her turns with the board facing the other way. She's in the first four shots. 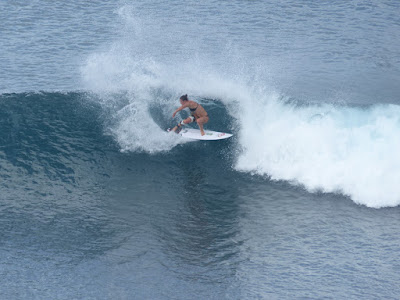 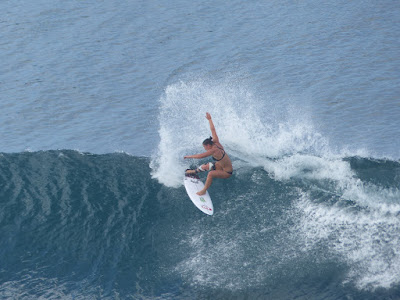 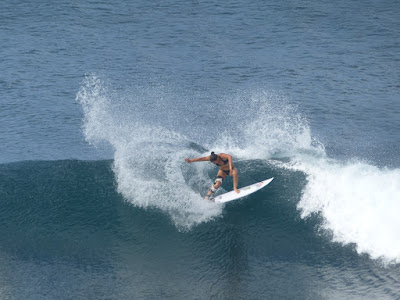 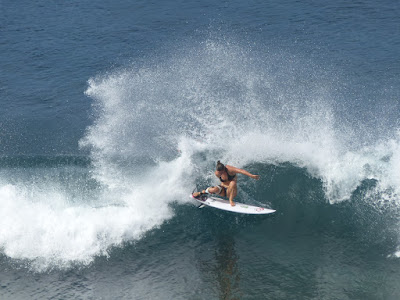 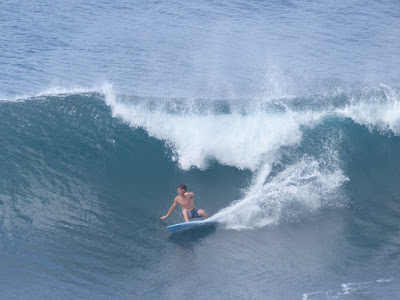 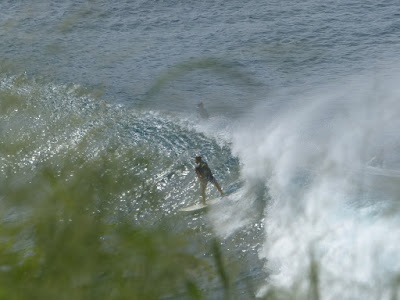 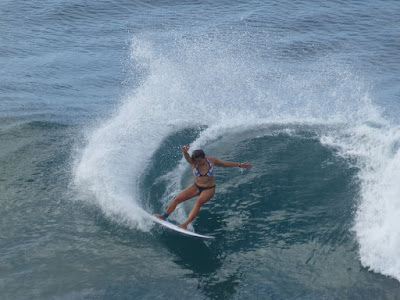 11.5ft @ 9s from 74° (ENE)
Surprising indication of southerly energy at the SW buoy. The surprise is not that there is southerly energy, but that the buoy was able to detect it while being battered by 11.5f of 9s windswell.
Lahaina side yesterday was pretty much flat, it could be that the angular spreading swell took one day longer to do that almost 90 degrees turn, so today there should be something instead.

The area around Puamana might also have some wrap from the northerly energy. 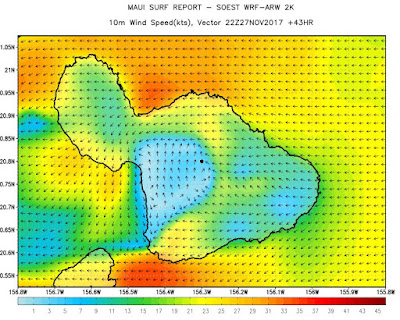 North Pacific shows a solid NW fetch. Back to back NW swell coming up from mid week on.

Morning sky shows that we did get covered from that high band of clouds. Not much sunshine today. 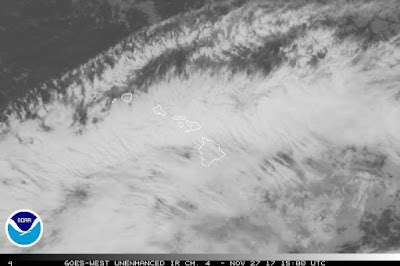