SUP foiling and windfoiling sessions for me yesterday. These photos by Tomoko show the perfect foiling conditions at the harbor. Not only the waves were was fun, but on the paddle back out, we had the entertainment of watching Austin Kalama punt some sick airs. Here he's eyeing the section. 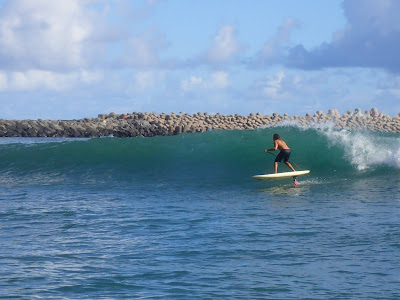 He's a freak. Might easily be the best SUP foil surfer in the world at the moment. 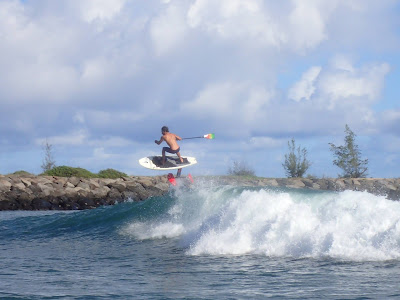 Further entertainment came from Connor, Kodi and friends, who were training on their race SUPs and, why not, catch a wave or two (and get barreled on the right!). 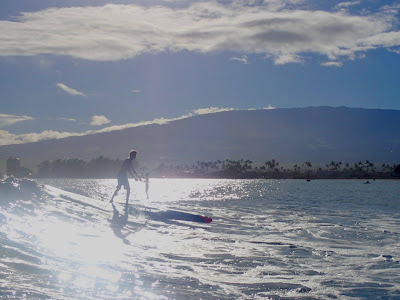 4am significant buoy readings
South shore
No indication of southerly energy at the buoys. Both Surfline and Pat Caldwell indicate 1f 14-15s, so it won't be flat again, but most likely pretty small.

It's a week of northerly energy and that's what's at the buoys, with the exception of a pretty solid 5.5f 12s from 343 at Waimea. So, mixed swells in the water and with the trades already up (Hookipa has 11mph from 62 at 5.15am), the waves shouldn't be particularly clean on the north shore. Lots of water moving and very consistent short/medium period northerly energy, with the occasional NW set in the mix. Sorry if I can't be more specific (don't think there's need), but with a situation like this, I have no interest in checking Hookipa and I will go looking for cleaner conditions somewhere else.
Long range forecast shows a massive NNW swell on next Wednesday Nov 22: 16f 18s from 349 predicted by Surfline.
Wind map at noon shows light trades. 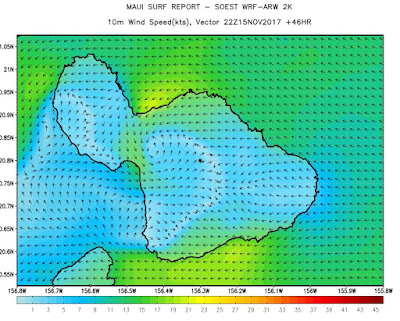 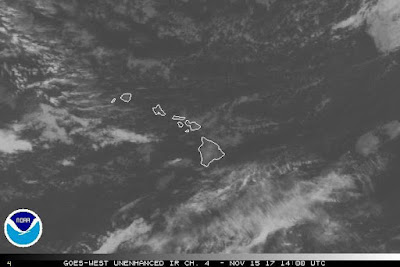 That translates in some morning rain.﻿ 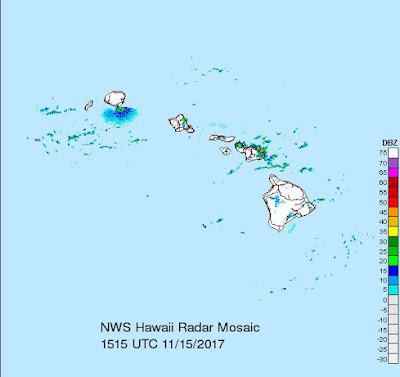