Shortboard session in Lahaina in the early morning followed by a extraordinary windfoiling session at Uppers was my way to celebrate a day off yesterday. The reason why the latter was so good is explained in the comment I put on Dave Kalama's photo below. He's in Namotu for his camps and the caption was: The foil crew have just found a use for high tide Lefts and the runners that roll through the lagoon @davekalama half way between the Reef and the island.


My comment was: Namotu Lefts and the inside runners at high tide perfectly visualized in my foiled-distorted (your fault, thank you) imagination immediately after reading this.
Now, your turn: today I went to Upper Kanaha with the windfoil. Occasional head high breakers, but consistent knee to chest high walls coming from all directions at varying degrees of angles. I was bouncing from one to the other like if I was in a skate pool, but with moving walls.
Inside Uppers... who would have thought it could be so much fun!
Well, of all people, that'll be you!
Cheers brah, enjoy that amazing place. Foiling over that reef must be absolutely phenomenal. 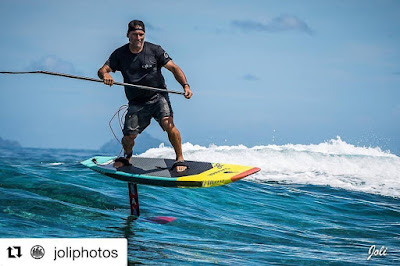 After my session I also found the time to let my visiting friend Nino try windfoiling for the first time. As you can see from the photos, he did exceptionally well, also because the conditions were pretty good. 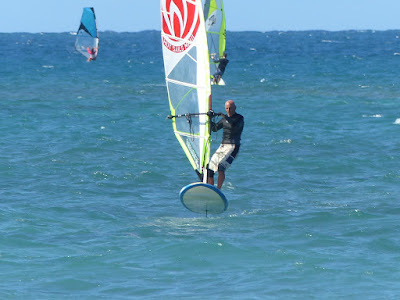 Just like an airplane, the foil can move in three different directions that are depicted in the photo below. The most important one to keep it under control while learning to wind or SUP foil is the Roll, IMO. The Yaw is key to keep the foil foiling, but the lack of control of the Roll is the one that makes you wipe out. 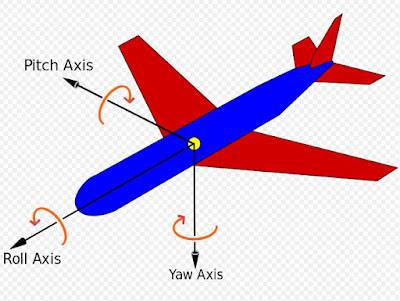 See how his board is nicely leveled on the Roll axis? That will made him keep going smoothly. The front foot could be a tad more in the middle, but as long as the back foot compensates and make the board stay flat on the Roll axis, it's all good. 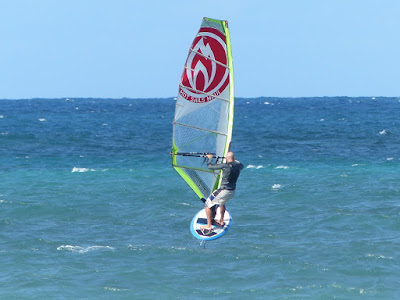 In this other shot, the board instead has a slight degree of inclination on the Roll axis towards the upwind rail. As a result, the foil will react swiftly and turn upwind much more than he wanted (he didn't want to turn upwind at all, actually) and needed a correction with a roll to the downwind rail that was even more sharp and brought the glide to an end. The main difficulty for a windsurfer that tries to foil for the first time, is not being used to how sensitive the foil is to the roll. Same applies to first time SUP foilers.

In fact, when the board is touching the water, there isn't much roll at all. You actually have to press pretty hard on the rails to achieve your turns. If that muscle memory could be temporary erased in the student's brain, learning to foil would be much easier. But it can't. That's why you want to learn with a slow foiling and very stable foil like the Gofoil Maliko. 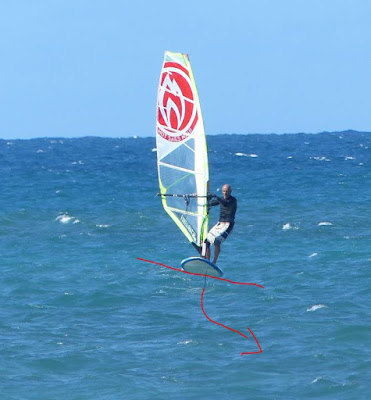 Here's what Pat Caldwell wrote about yesterday's southerly pulse:
Wave Watch III was generous with a SSE swell 11/7-9 though the event has not been validated by buoys or surf cams as of mid 11/8. The large source S to SE of French Polynesia 11/1-5 aimed highest seas at the Americas. There are low odds for continued low surf at a size one notch up from nil for high refraction zones from 160-180 degrees into the weekend.

Well, today instead the energy is showing at the outer buoys (even at the ones north of us), and that's a much better sign. So I believe there will be waves on the south shore. Buoys don't show the consistency (they should, since they register it), but for an angular spreading swell like this one you can expect a low consistency.

The table below is taken from the post Buoys to Maui travel times and Maui's shadow lines which I'm quite proud of and I reference it very often. It will help calculating the arrival time in Maui, once the swell will show up at the N buoy. 16s means 8.5 hours from a 42 degrees swell, might be an hour less for this swell that should arrive from around 15 instead.


The N buoy is 212 nm out at a 42 degrees angle. Here's the travel times for a NE swell coming from exactly 42 degrees:

But until it does show up at the N buoy, we have to stick to the Surfline WW3 forecast (the one I posted yesterday) that says 1.2f 16s at 2pm and 3.2f 16s at 8pm. Not quite enough to run the contest, IMO. Tomorrow the swell will be fully filled in and the waves will be big (6f 15s at 8am) and very consistent. Still plenty energy on Saturday, but with the period down to 12s and a bad cloud and rain forecast on the Windguru table. Duncan, the call is yours, but I would run the finals tomorrow. Also because now you can blame me if it's not good... :)
Cheers.

Hang on, I wrote 3am buoy readings, because I assumed that's what it was. But the Surfline page (link n.11) this morning is not reporting the time stamps and if you click on the individual buoys the graph stops at around midnight.

Here's the NOAA page for the North buoy that still doesn't show the new NNE energy, but you guys know that it could be masked underneath the other swells. That makes timing the arrival of this swell extremely challenging, if not impossible, since we have no updated data at the moment. The WW3 model is still valid though. 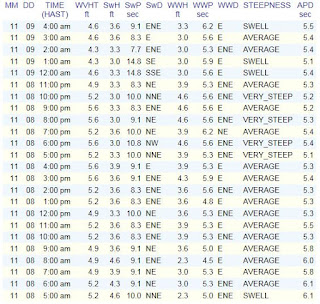 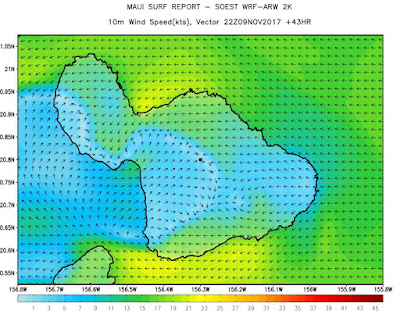 North Pacific shows a distant WNW and a closer NNE one.

South Pacific shows a strong fetch SE of New Zealand that unfortunately is pretty blocked. We'll see in a week what we get. 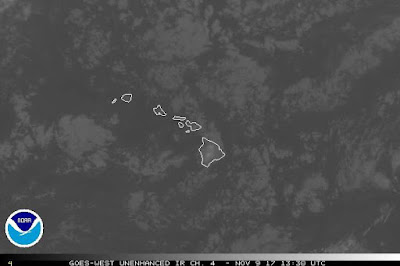