Noseriding at Hookipa in the early morning (9 seconds were perfect for that) and a cheeky windfoiling session up the coast in the afternoon were my water activities yesterday.

Kody Kerbox chose shortboard foiling instead and pumped his way out after each single ride. Pretty impressive, considering he had the Kai foil. The Kai gives you less lift (but better speed control and maneuverability) and doesn't pump as easy as the Maliko. 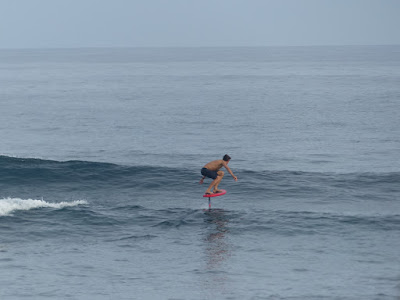 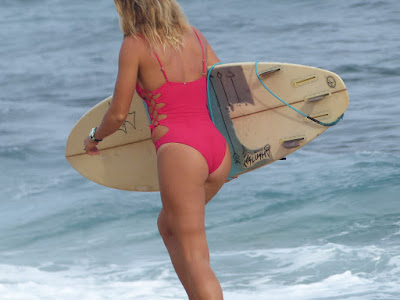 Nice southerly energy at a couple of outer buoys, it should be a fun day on the south shore. I got a report yesterday of waist high, occasionally bigger waves.

The Surfline forecast has the arrival a bit delayed compared to that. 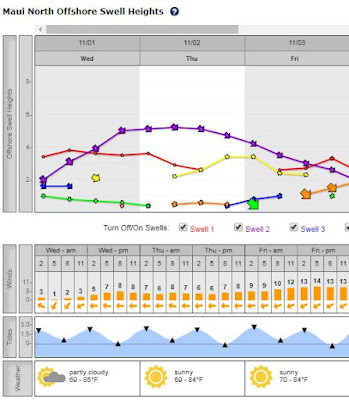 Below is the collage of the maps of Oct 26, 27 and 28. Notice the westerly position of the fetch, which is reflected by the direction indication at the NW001 buoy. A direction like that will make the sets very inconsistent down the coast towards Kahului. But Hookipa should have more energy and solid very clean surf. Stay tuned for a beach report around 7.45am.

Wind map at noon shows the SE winds filling in on the whole north shore. It seems very optimistic to me (specially if compared to the other models), but the Aloha Classic could have a start if that really happens. And if it does, the conditions will be pretty damn clean with the sideoff direction and waves on offer. 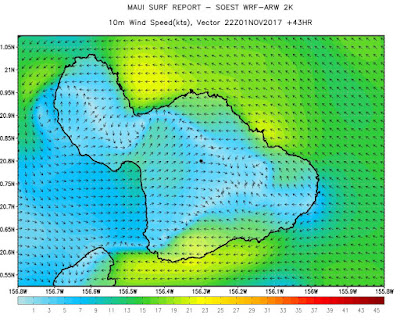 Morning sky shows those clouds associated with the low. Sorry, they were moving in from the SW, not from the SE as I wrote yesterday. But they seem to have missed us. 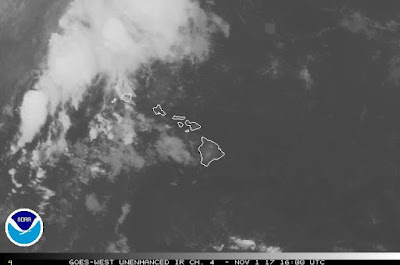