A longboard and windsurf session on the west side for me yesterday. The windsurfing was much better than the day before (Browzinho agreed with me) as the wind was lighter and more offshore and the waves were much cleaner. I gave it a 7.5. Two days ago was a 4 for my taste.

This photo by Jenn Biestman shows Silvana Lima tucking into a beauty at Honolua yesterday. The women's contest waiting period starts today and lasts until Dec 6, as does the men's Sunset Beach WQS one. 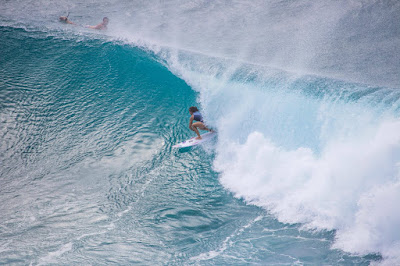 These couple of shots show the wrap at Puamana mid morning. 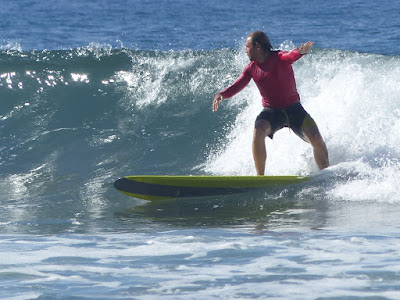 This guy was so casual in his cross stepping. In comparison, I look like a drunk man when walking to the nose. 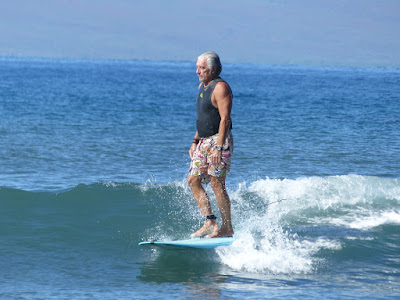 Towards the end of the day, I stopped by the harbor and as you can see there was still plenty energy in the water, but the wind was on it. 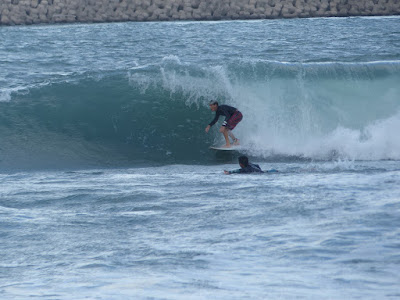 The buoy in the middle had some size too, but high levels of crumbliness because of the wind. 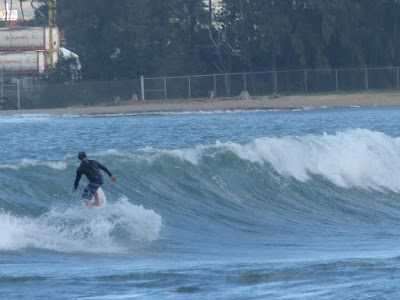 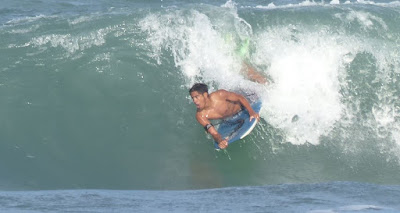 5am significant buoy readings
South shore
No indication of southerly energy at the buoys, the Surfline forecast calls for 1.2f 12s (which is barely noticeable). Tomorrow there should be a new small pulse at 1f 15s.

N swell tapering down as the N buoy graph below shows, but still at 7f 9-10s plus 5-6f 11-12s at the Oahu buoys. There should still be plenty energy in the water on the north shore, but not particularly clean because of the mix of short/medium periods and the wind. I will post an Hookipa report this morning, but expect poor conditions. 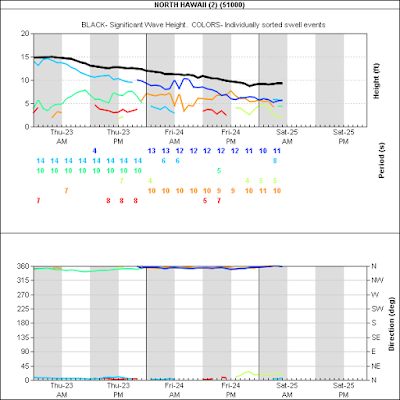 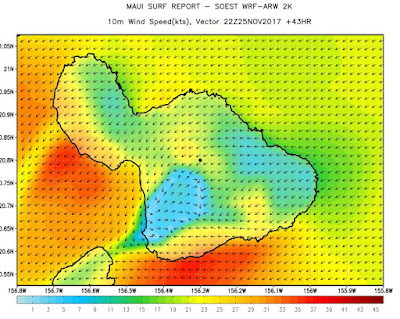 North Pacific continues to show northerly fetches, and even though aimed to the east of us, we should get some angular spreading. Little NW fetch too.

South Pacific shows a nice fetch oriented towards the Americas, of which we will hopefully get a bit of angular spreading, starting next Saturday and peaking Sunday December 3rd at 1.6f 16s according to Surfline.

Morning sky. Those clouds are moving towards NE. 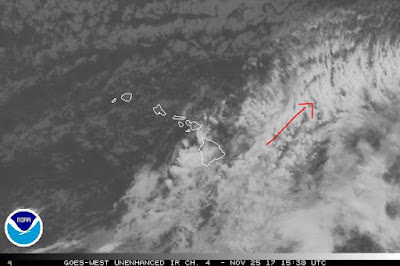