Spectacular day of surfing all over the island yesterday. I had the following four sessions:
1) SUP foiling in the harbor
2) Windfoiling at upper Kanaha .Not enough wind to foil on the way out, but I caught three weird waves and followed the bump foiling all the way to the beach. Another example of conditions that I could have not enjoyed without the foil. As a matter of fact, I was the only one in the water.
3) Noseriding in Lahaina
4) SUP foiling at Ukumehame that was super glassy at sunset and a bit of a 10.

These photos from Tomoko are from the first session. 10 from the Italian judge for grace, elegance and wetsuit. 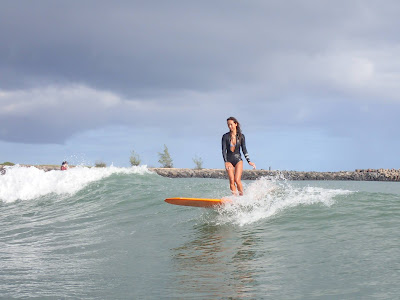 This is Alan Cadiz who managed to stick this steep drop on the foil. Good to see him out there with his lovely daughter Cloe. 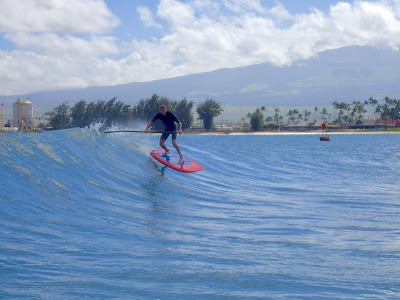 These gopro shots are from session 4. There's a lovely airplane from Alex Aguera's Gofoil airlines under my board. I joined the frequent flyer program. 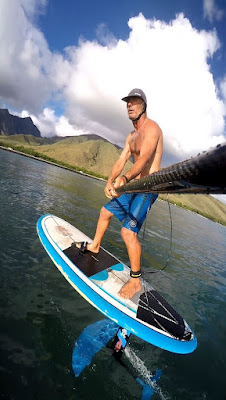 My friend Nino leaves today. As usual, he made the most of his stay. Till next time. 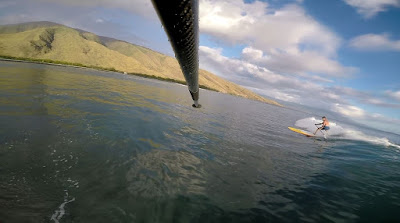 The most beautiful background in Maui, imo. Pumping my way to charge that incoming section. 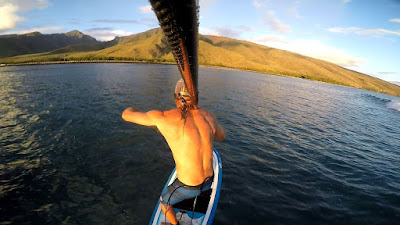 Shaper Sean Ordonez is embracing the foil movement too. Of course, why not? Of all people, Sean was always going to get on board and experiment. 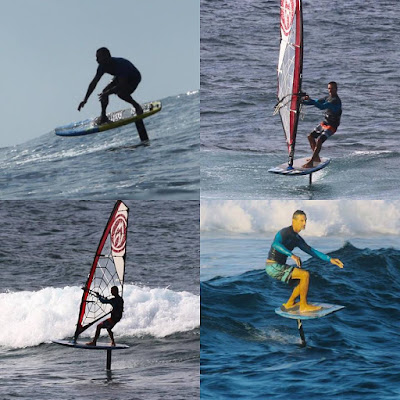 That's the only southerly energy reading at the outer buoys, but it means that the Tasman Sea swell is still here. Yesterday on the Lahaina side it was knee to waist high, with inconsistent sets in the chest to shoulder high range. As a friend said:"it was worth to sit on the outside and wait, because when they came, they were beautiful". Today it should be more of the same. Stay tuned for a beach report, I think I'll go there straight.

Below is the maps of Nov 8 and 9 that show how remote the fetch of this swell was. Hence, the slow arrival of the sets. 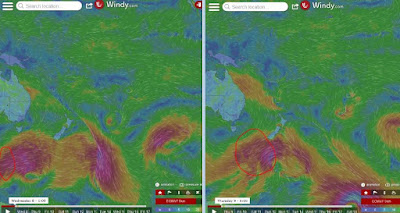 That's what's on tap for today on the north shore, slightly declining before a big northerly swell will hit tomorrow. 10f 14s from 346 predicted by Surfline, while Pat Cladwell wrote 12s 13s from N in his table and explains where it comes from in this way:

The persistent north Pacific jet stream pattern since last week has maintained a block over the central Aleutians and troughs in the Gulf of Alaska. Models show it holding into next week. This is keeping WNW to NNW surf at a seasonal minimum and dominant swell out of the N to NNE.
The next in the series of surface lows digging SSE from the eastern Aleutians 11/15 was about 20 degrees longitude further west than previous systems that gave NNE swell. Thus, more straight N direction is expected.

Maui loves straight N, unfortunately the wind won't be exactly ideal, but there might be some spots that won't be too effected by it and the related chop.

Wind maps are back, here's the noon one showing northerly winds. That will bring some chop on the north shore, get in the water early, as the morning will be calm instead. 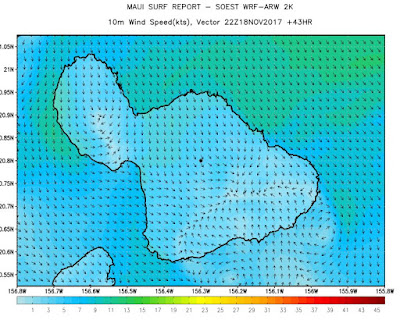 No fetches of relevance in the South Pacific. 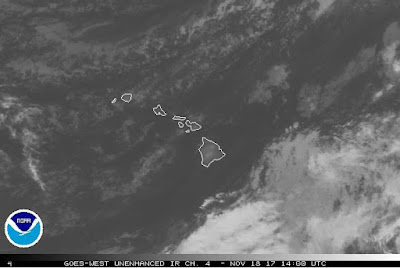