Shortboard and longboard sessions in the harbor for me yesterday,, both very fun. When the waves are this good, I'd still rather surf.

Between the two sessions I took some photos of the jetty wonder, which I consider the most entertaining wave to watch in Maui. Let's start with a sequence showing surfer Justice Patao setting up a barrel on a double up bomb. Micheal Stuart saw it happening and jumped on his board to celebrate in advance. 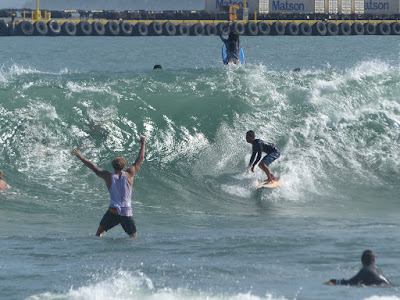 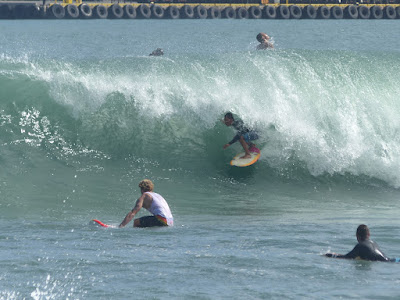 And rightfully claiming it. Notice Michael underwater still holding his board with his hand. 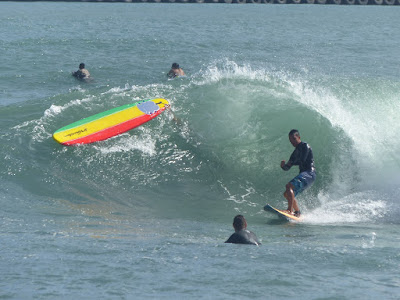 Michael's turn to get barreled on his wave storm. 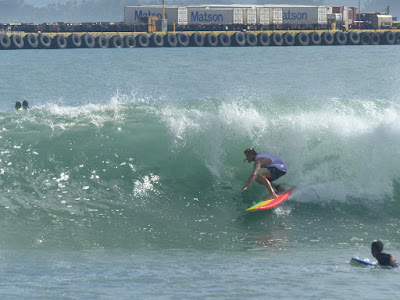 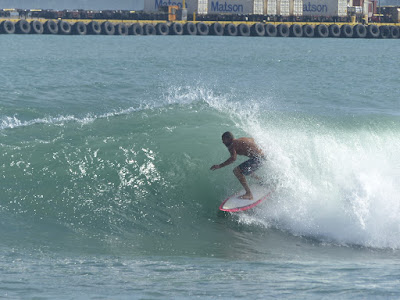 The rail digs and that won't allow an exit on this one. 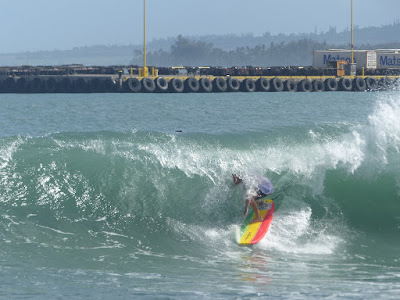 Some lefts were fun too. 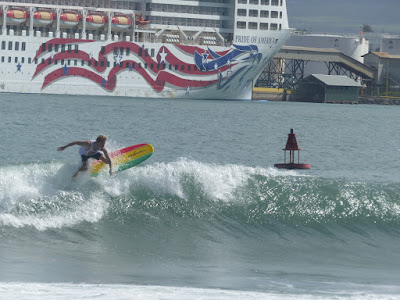 Missed the grab, but the shot is really cool with that colorful board. 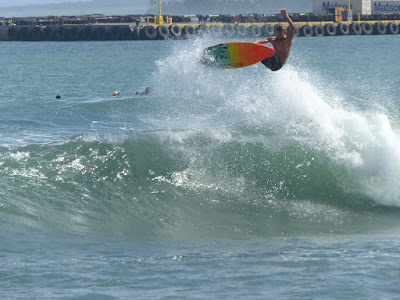 This wave is the definition of "double up". That looks like my coworker Keoni Perkins, about to do the second drop. 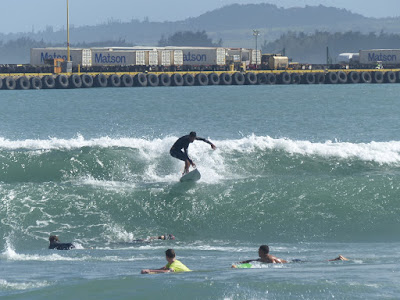 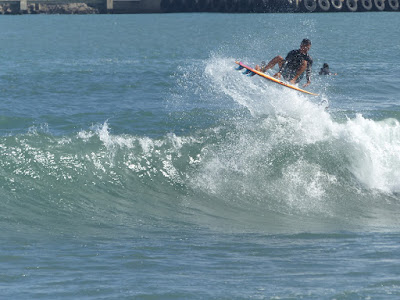 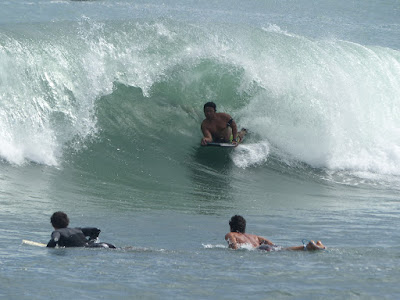 This longboarder caught a rail and his whole board went underwater, resulting in a fun (to watch) wipeout. 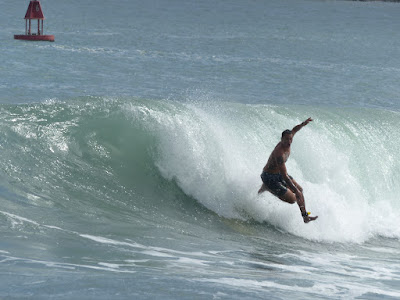 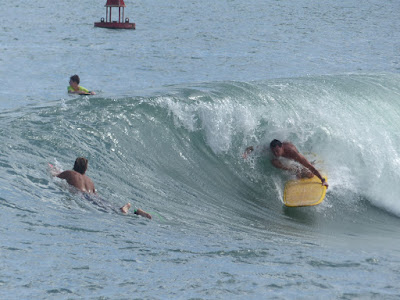 4am significant buoy readings
South shore
No indication of southerly energy at the outer buoys. The surfline forecast calls for 1.6f 11s. There should be a 15s small new swell starting tomorrow.

5.2ft @ 10s from 357° (N)
Waimea
8.5ft @ 13s from 11° (NNE)
6.3ft @ 9s from 5° (N)
Mokapu
8.9ft @ 13s from 11° (NNE)
5ft @ 10s from 3° (N)
Solid numbers at the buoys, the higher period component came down a couple of seconds compared to yesterday, the lower period one staying steady instead. Overall, it should be a similar day to yesterday. Light winds in the early morning, but getting onshore throughout the day. Better hit it early.
This remarkably extended period of northerly energy will continue, as explained by Pat Caldwell: The Gulf of Alaska source continues to dominate the surf for Hawaii with N to NNE swell as a blocking ridge near the Date Line keeps WNW to NNW surf near nil. More of the same through the week with hints of a change next week.
And from what I see in the long term forecast, the WSL ladies should have pretty epic conditions for their last contest of the season at Honolua Bay, which starts Nov. 25.
Wind map at noon shows light northerly winds on the north shore. Bit stronger on the west side. 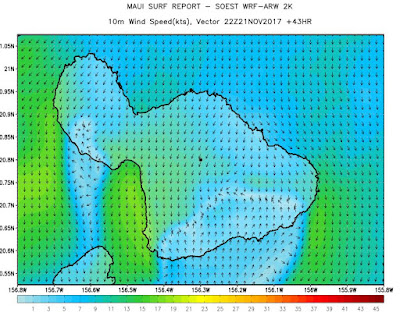 Morning sky with more cold air coming down from the north. 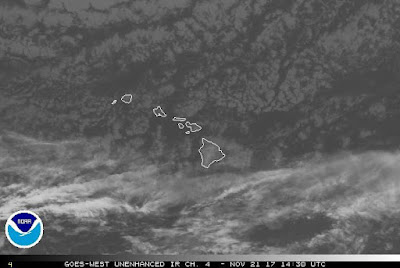