Yesterday morning I was busy with a lesson so I missed out on some fun foiling conditions. Jason Hall is borrowing a converted 7.2 Southpoint. 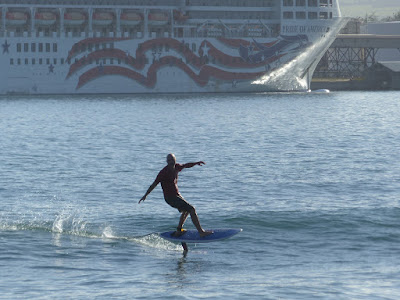 In the afternoon, the Aloha Classic had some good conditions with head to logo high waves that jumped into the 11s range. Photo by Si Crowther from this gallery.
They following categories were completed:
- Amateur won by Damien Girardin
- Masters won by Kai Katchadourian
- Grandmasters won by Colin Baker. 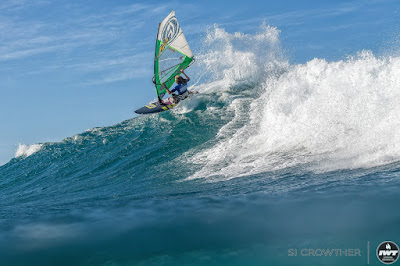 Tonight at 7pm at Rock and Brews in Paia there will be the premiere of the movie That's surf west.

4am significant buoy readings
South shore
No indication of southerly energy at the outer buoys. Surfline has a new long period swell rising all day (1f 15s at 8am and 2+f 14s tomorrow). 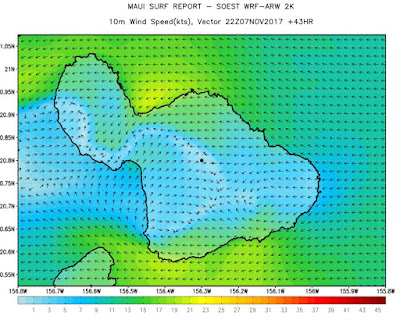 South Pacific shows a beautiful big fetch in the Tasman Sea. The WW3 model on Surfline only shows a very low swell in a week. It'll be interesting to see what we get. I think it's gonna be inconsistent, but bigger than what they say. 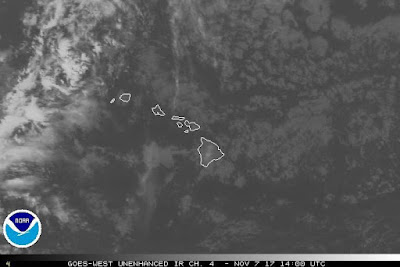