Lovely noseriding session in Lahaina for me yesterday. The Aloha Classic was on again and it looks like there were still nice waves in this photo by Jimmie Hepp from this gallery. 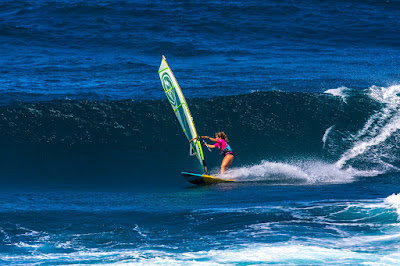 3am significant buoy readings
South shore
No indication of southerly energy at the outer buoys, the Surfline forecast calls for 1.5f 11s, so it should be pretty small. Something like knee high with occasional bigger sets is my guess.

WNW swell down to 2.6f 12s at Waimea (original direction more west than that as indicated by the NW buoy) and windswell up to a significant 8f 8s at Mokapu. Hookipa will have plenty waves with a mix of the two swells. It won't be particularly clean because of that and of the trades, but there might be moments of decentness. 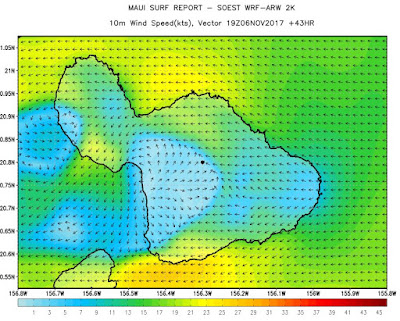 North Pacific shows a moderate NW fetch, but the fetch of the day is a new strong NNE one. 7.4f 14s from 16 degrees is the Surfline prediction for Friday mid day.

South Pacific shows a distant but strong fetch in the Tasman Sea. Only 1 foot 15s on Wednesday the 15th though conservately predicted by Surfline. 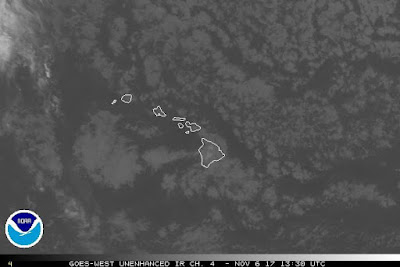