Shortboard and longboard session for me yesterday, I spent the whole day at the harbor (it was lovely, despite the frequent squalls).

This is the first shot I took at the jetty wonder. 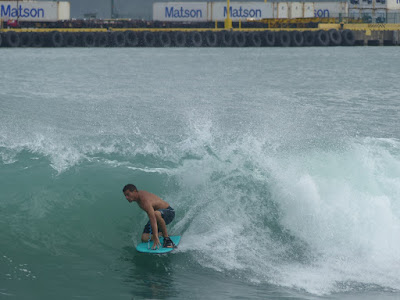 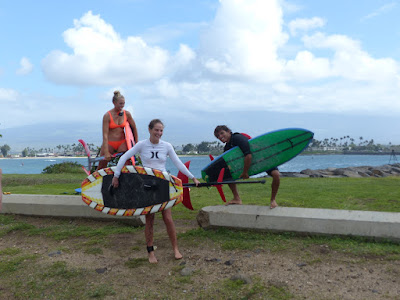 Austin Kalama's new move. He started trying this backflip a couple of days ago and hopes to complete one within a couple of weeks. I think he will. 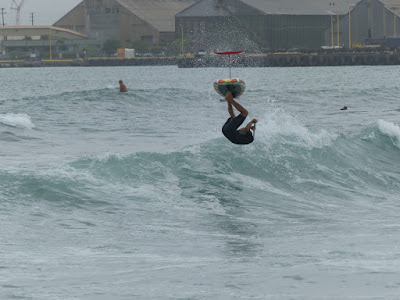 Don't know the name of this young girl. 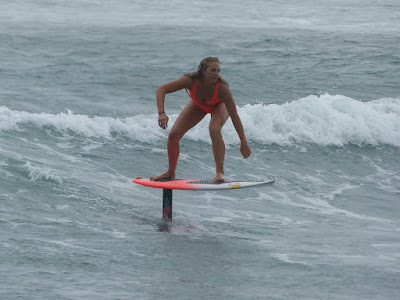 4am significant buoy readings
South shore
No indication of southerly energy at the buoys. The Surfline forecast calls for 1.4f 14s, but the Lahaina area will have some wrap from the north swell. Could be pretty big, actually.

6.8ft @ 9s from 4° (N)
The new north swell hit during the night and today the whole north shore will be a giant mess. The only surfable place will be the harbor, even though the wind is already blowing around 20mph at 5am. The place to go to find cleaner waves is the west side. I believe even Honolua will be too big to be good, but I'd love to hear that I was wrong (and see a picture of it).

I say that because last year Adriano De Souza came to Maui for a similar swell and found it all washed up. He ended up scoring some amazing barrels at Rainbows in Kaanapali though, and today the place should be firing again.
Below is the graphs of N (right) and Mokapu buoys, together with the Surfline forecast for the next three days. Pat Caldwell says that for these kind of swells the WW3 model tends to bias low for the output point at the Waimea buoy, but the Surfline forecast (which is based on it) is spot on once again.

In comparison, look how lame is the Rainbows spot forecast from Magicseaweed.
0-1f in the left column makes no sense with an open ocean swell of 3.5f 15s, and even that is a completely wrong prediction, as the portion of the energy that will make it down the coast through the Pailolo channel between Maui and Molokai on such a powerful N swell will be much more than that.

I have nothing against MSW in particular (I use it a lot when I go to Indo), but my point is that the "global" wave forecast sites (Surfline included!), don't have the local knowledge to predict what an open ocean swell will do at each single spot. That's why I prefer to ONLY check the open ocean swell forecast (and my favorite is the Surfline one, link n.15) and then rely on my personal local knowledge to guess the size and conditions at the local spots. And that's what I'm trying to share/teach on this page. 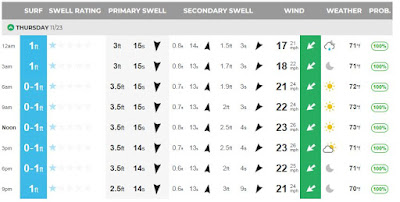 Wind map at noon show light to moderate trades, stronger on the west side. Since it's not a secret anymore, I'm gonna call for an absolutely epic wave sailing day on that side. Conditions that happen only once every 5 years or so. Don't even bother if you're not an expert sailor, the place is extremely challenging and loves to eat gear up. 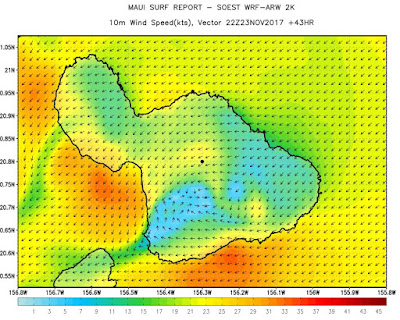 Little very distant fetch in the South Pacific, we're not gonna get much out of it. Lovely day in New Zealand surrounded by a high pressure. 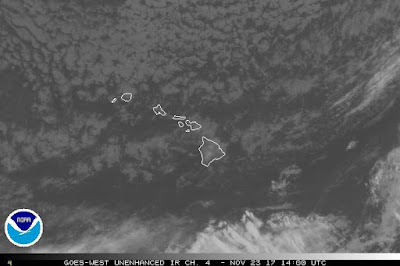 Upper West side blown out. Puamana Laniapoko flat to a foot but no wind. : )