Only a windfoiling reach for me yesterday. I had a lesson, but it looked too windy, so I went out to double check and came back in to cancel and reschedule it. I only teach when the conditions are good. Conditions were good for a downwinder in Kihei instead. Frame grab from a video share on Facebook. 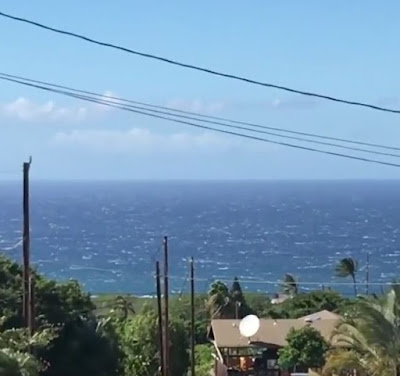 7.6ft @ 8s from 16° (NNE)
NW swell going down significantly at the NW buoy, but still up locally. Below is the collage of the graph of NW101, Pauwela and the Surfline forecast for the next three days. This last one calls for 9f 14s this morning, while the buoy shows 9f 13s. That for me is an accurate enough prediction, so we can expect the swell to do what the forecast show: stay up at that level most of the day and start to come down in the afternoon. That's what the NW101 graph suggests too.

Wind map at noon shows moderate NE winds in a declining strength trend. It's gonna be stronger in the morning, as it was blowing 31mph at 5.30am in Kahului. One more day of blown out surf on the north shore today, before it goes heavenly calm for the next 4 days. 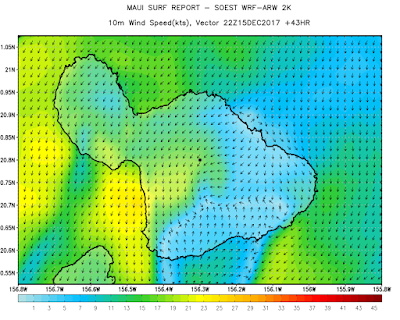 North Pacific shows a strong NW fetch and two local windswell fetches: from the N and from the E. 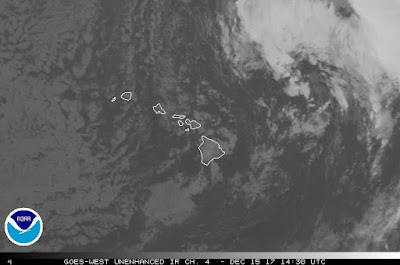