Just a quick shortboard session in the morning for me yesterday before heading to Kanaha for a windfoiling lesson to a lovely gentleman who is 80 years old. He did very well and had so much fun that he booked another lesson right away (I teach through the HST school).

You should have seen his smile on the beach when he told me:"I couldn't believe it! The whole board came out of the water... this is really something else!"
It sure is, and if it's capable of giving such stoke to a veteran windsurfer like him, it's also worth putting the money towards learning it. The only pre-requisite (other than knowing how to windsurf) is to be able to uphaul on a 125 liters pretty wide board. 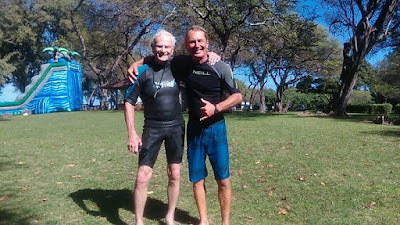 4am significant buoy readings
South shore
No indication of southerly energy at the buoys, the Surfline forecast calls for 1f 10s.

Wonderful numbers at the buoys. Below is the graph of the three reported ones plus the Surfline forecast. As you can see, the new strong NNW pulse has already peaked yesterday at the NW buoy and during the night at Waimea. In Maui it will peak in the wee hours, unfortunately coinciding with a healthy high tide.
The Surfline forecast instead indicates an overestimated peak of 10f 15s (which won't be reached since it's already down to 13s) and a little later in the day. Sometimes the WW3 model gets it slightly wrong, that's why it's always good to check the buoys to see what's in the water.

Anyway, we'll have big waves on the north shore all day (although declining in the afternoon) and the early morning wind should be pretty light, so great conditions at hand. It should be a gorgeous day of surfing, enjoy.

Something is wrong with the source of the data for the wind models I check, so here's the Windguru table instead. Notice the light NE wind predicted for today, the slightly stronger and with much better direction wind for tomorrow (most likely sailable/kiteable) and the switch of the wind to the south for Tuesday/Wednesday. That's because of the pass of a front, which will only brush us with its tail and shouldn't cause much rain. 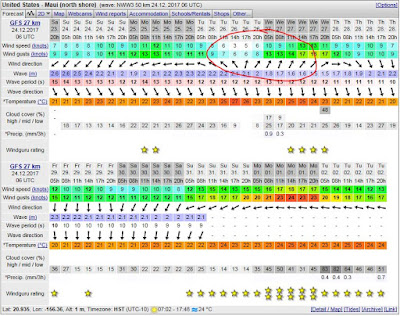 South shore shows a fetch way down in the Tasman Sea, which I'm afraid won't do much for us.

Also the closeup satellite page is not working, so here's the big blue again showing the low associated with the fetch pointed out above. I drew a red line to point out the front I was talking about before. This is an ideal situation in which the front will be close enough to lighten up the winds, but not close enough to bring a lot of rain. 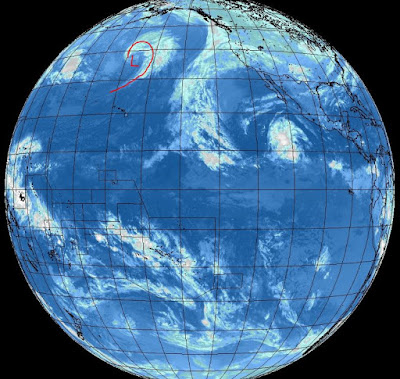