The massive thanks of the day go to blog reader Robynne for her donation. The 2017 blog season appreciation week continues, the Paypal button is on the right.

Sup foiling and windfoiling sessions for me yesterday, both fun. Classic example of how a day was saved by the foiling, I would have not had as much fun doing regular surfing or windsurfing.

Until I receive the new camera, we got to live with the photos from Dec 27 by Jimmie Hepp from this gallery. This is Robby Naish. 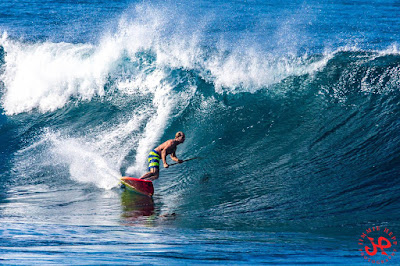 2am significant buoy readings
South shore
No indication of southerly energy at the buoys, the Surfline forecast calls for 1.4f 10s.Waves on the Lahaina side were knee to occasionally waist high yesterday.

2.6ft @ 11s from 355° (N)
0.6ft @ 18s from 11° (NNE)
New low long period WNW swell on the rise and old short period N swell on the decline. Maui's best swell direction (IMO) is about to be replaced by its worse direction. This swell comes for that fetch off Japan we observed in the last 3-4 days. We're gonna be blocked by all the upstream islands and the only place that will eventually get some energy will be Hookipa.
The buoy readings this morning show a perfect example of how the swell refracts around the island chain (don't forget there's islands also NW of Kauai), I'm actually surprised that Pauwela does feel something. (that 18s reading is obviously not from the NNE). Fortunately, there's still a bit of energy in the water from the N and that's what I would base my spot search on. Nonetheless, I will probably post an Hookipa beach report later. 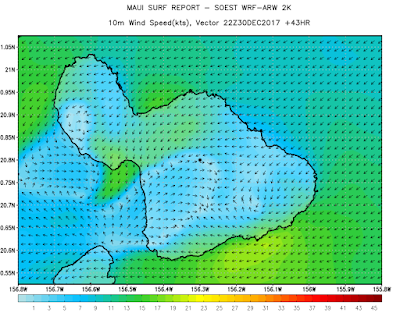 Morning sky. Should be another stunner. 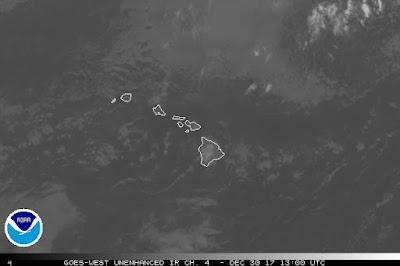