A surf session (before the contest) at Honolua and a SUP foiling session on the south shore for me yesterday. I checked the wave sailing at sunset, but it didn't look nearly as good as the day before, so I passed.

The bay looked flat to small in the first hour of light, but fortunately later in the morning some sets started pouring through and despite the low consistency, it was enough for a good contest. Performances weren't stellar, but it was a decent show anyway. Here's the winner Stephany Gilmore on a near perfect wave that offered many of those bottom/top turn combos and ended up being a 9.7, best score of the whole contest. 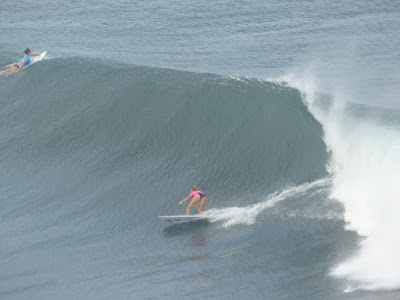 Tyler Wright couldn't find the exit on this barrel and she lost her semifinal against the eventual winner. 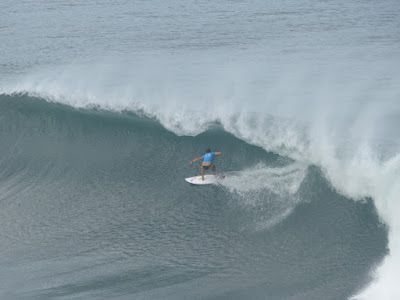 Malia Manuel did some awesome surfing until the final where she couldn't find any good wave. 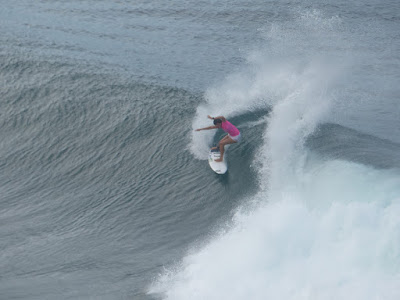 With the sun out, everything looks even prettier. Gilmore attacks the lip. 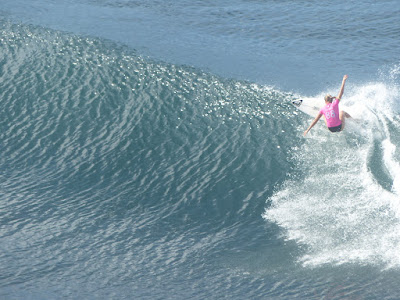 The point had its moments. 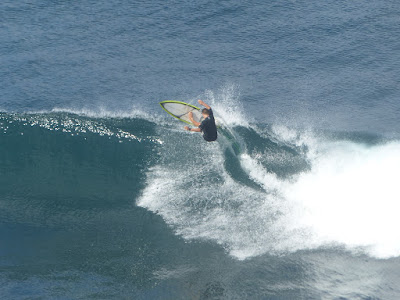 One more lip hit by Gilmore. 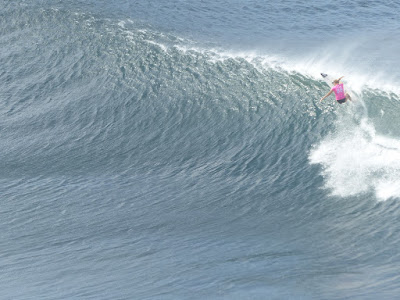 In case someone has never been to Honolua Bay, here's how a good set looks like.﻿


3am significant buoy readings
South shore
No indication of southerly energy at the buoys. Yesterday there were some fine knee to waist high waves in Lahaina and they looked around 11s period to me (which was what the Surfline forecast called for). Today it calls for 1f 10s, while Pat Caldwell expects the angular spreading of the higher period (16s) swell generated by the fetch in the maps below of Nov 25 and 26 to arrive also. I might cruise on that side, so stay tuned for a beach report later. 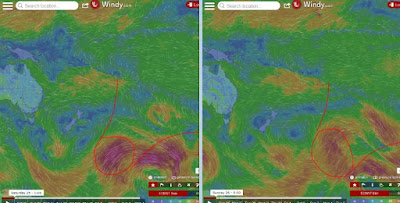 NW swell still at decent values today (4.6f 14s at Waimea), but on the decline. Once again, notice the inexplicable direction difference at the two NW buoys and that contributes to my skepticism regarding that information.

The waves on the north shore will be smaller than the past couple of days, but still well in the overhead range, also because of the added energy of the strong windswell recorded by Mokapu. Overall, the conditions will be rough and stormy, because of the trades.

Wind map at noon doesn't show particularly strong wind for the north shore, while all the other models show higher speeds. We shall see. 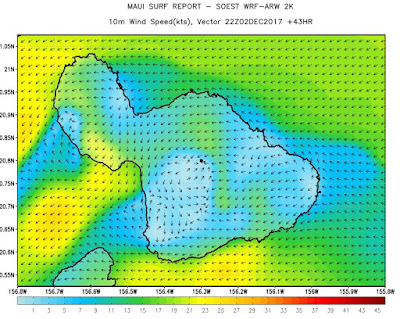 North Pacific shows a wide WNW fetch and a fresh NE windswell one due to a strengthening local low.

Not much on offer in the South Pacific.

Morning sky shows that we are again under a vast band of clouds. 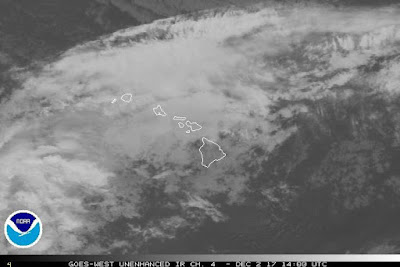